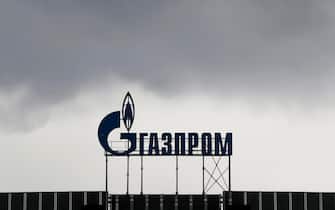 There Russiaas threatened, he closed the taps of the gas at the Finland. Officially because Helsinki refused to pay the supplier Gazprom in rubles, as requested by Moscow, but it is difficult not to think that it is also a form of retaliation for the decision of the Finnish authorities to join NATO

WATCH THE VIDEO: The European ambiguity on the payment of gas in rubles continues

Following the request for payments in rubles advanced to the so-called ‘hostile countries’, Russia had already cut off gas supplies to the country last month Poland and to Bulgaria

Sweden and Finland at NATO: what would change

In any case, the Finnish government he is ready to face the situation, at least for the entire summer season, and at the same time he is determined to refer to various alternative sources before the arrival of the long Nordic winter

In 2021, according to data from Gazpromthe Finland bought from Russia 1.49 billion cubic meters of natural gas, equal to about two thirds of the country’s consumption. This is between 6 and 8% of Finland’s energy used

The Finnish energy company Gasum said it will make up for the shortage through the BalticConnector, which connects Finland to Estonia, and has ensured that petrol stations will operate normally

According to the Helsingin Sanomat newspaper, the pipeline will convoy in Finland the gas obtained from the large storage facility of Incukalns in Latvia and from the floating one in Klaipeda, in Lithuania

The real ace in the hole therefore seems to be the contract that the Helsinki government has announced it has signed with Excelerate Energy, based in the United States, for the ten-year rental of a LNG terminal ship, to receive and store liquefied natural gas. It will be moored in the Gulf of Finland and should be ready for operation by next winter

“It will play an important role in securing gas supply for Finnish industry “, said the Minister of Economy Mika Lintilaadding that the necessary port facilities will be built along the coasts of Finland and Estonia