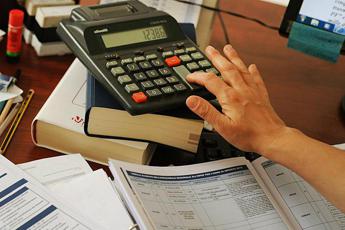 The tax burden in Italy, given by the ratio between tax revenues and GDP, reached 43.8 per cent, a level never reached before

There tax burden in Italy, given by the ratio between tax revenues and GDP, reached 43.8 per cent, a level never reached before. The study office of the CGIA points out that the historical record reached this year, however, is not attributable to an increase in taxation on households and businesses, but from the interaction of three distinct economic aspects. The first is a sharp rise in inflation, which has caused indirect taxes to rise; the second from the economic and employment improvement that took place in the first part of the year, which favored the growth of direct taxes and the third from the introduction in the two-year period 2020-2021 of many extensions and suspensions of tax payments, concessions that were canceled for the 2022.


In addition to these three specificities, it should also be considered that starting from March of this year Italian families receive the single allowance, a measure that has replaced the “old” deductions for dependent children. This change (all things being equal) has obvious implications for the calculation of the tax burden. If the deductions reduced the personal income tax to be paid to the tax authorities, their abolition increased the total annual tax revenue by about 8.2 billion euros. Recall that, now, the resources to disburse the single allowance are accounted for in the state budget as expenditure.

Finally, in absolute terms, the CGIA reports that according to the latest Mef data (January-September 2022), tax revenues, compared to the same period of 2021, increased by 37 billion euros: of which 5.5 billion Irpef , 8.9 billion IRES and 17.8 billion VAT.

With the introduction of the Renzi bonus, since 2014 the tax burden in Italy has a double reading: that net of tax relief – which in 2022 reached 41.9 per cent of GDP – and the official one which reaches the maximum peak of the 43.8 percent. Then there is a third version: the real one obtained by purifying the share attributable to the unobserved economy from the national GDP which, by its nature, does not “produce” revenue. Recalling that the tax burden is equal to the percentage incidence of the ratio between the tax revenue and the GDP, if the latter term decreases (because the share attributable to the undeclared is subtracted), the final result increases. For the current year, in fact, the real tax burden on taxpayers loyal to the tax authorities is now approaching 50 percent.

When analyzing the tax burden of other EU countries, for reasons of homogeneity of the data, reference must be made to the official tax burden. According to the data referring to 2021, in the EU27 Italy is in fifth place.

In addition to having one of the highest tax burdens in Europe, Italy is the country where paying taxes is also more difficult, especially for companies. The tax bureaucracy, in fact, has impressive dimensions “and on average” the quality and quantity of services rendered to citizens and businesses is much lower than the European average “, affirms the CGIA. Returning to the topic of tax bureaucracy, according to the latest statistics available processed by the World Bank (Doing Business 2020), Italian entrepreneurs, like their Portuguese colleagues, “lose” 30 days a year (equal to 238 hours) to collect all the information necessary to calculate the taxes due; to complete all the declarations income and to present it to the tax authorities; to make the payment online or to the appropriate authorities. In France, it takes only 17 days (139 hours) to complete the bureaucratic tasks deriving from the payment of taxes, in Spain 18 (143 hours) ) and in Germany 27 (218 hours), while the Euro Area average is 18 days (147 hours).