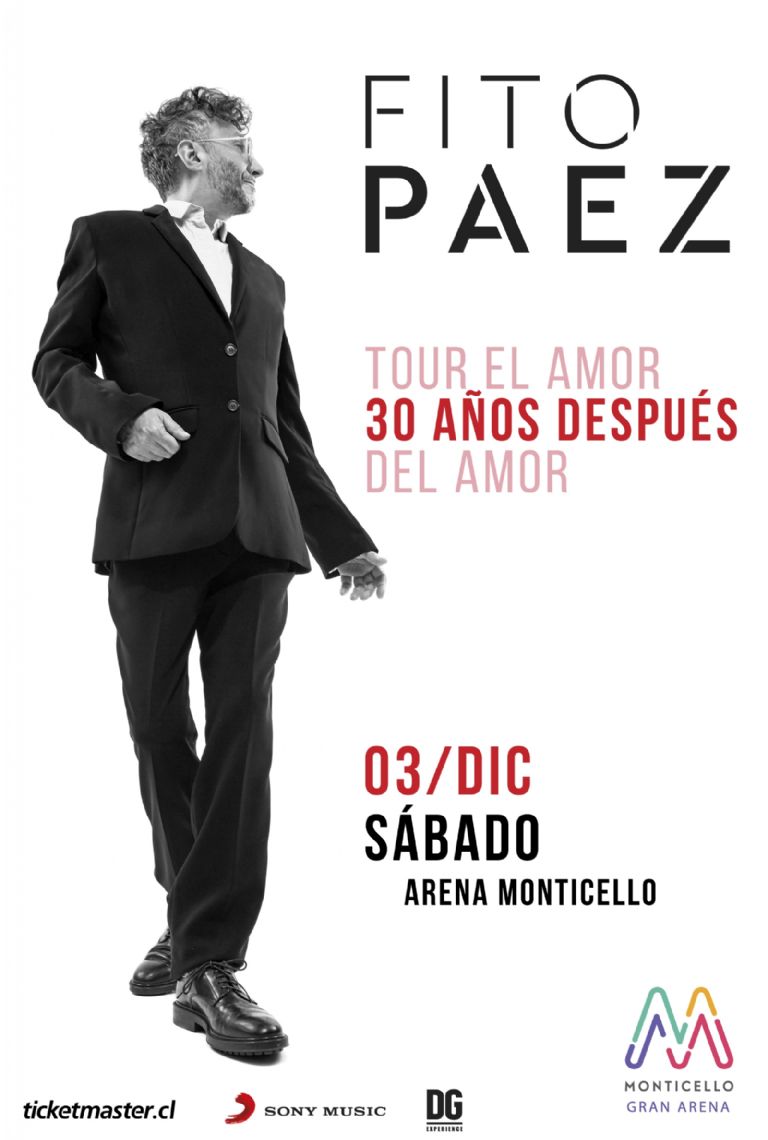 Fito Paezone of the largest and most recognized Latin American artists, added a new tour date in Chile “Love 30 years after love” in Monticello Grand Arena for Saturday, December 3, starting at 9:00 p.m. The new function is part of the tour of this 2022 and the next 2023, by the hand of the best-selling rock album in Argentina.

Tickets for the new presentation will go on sale on Friday, August 5 through the Ticketmaster.cl system from 09:00.

Fito Paez, in addition to confirming his tour, officially announced the upcoming recording of a new version of his classic album “The love after Love” which will take place in August The Angelsaccompanied by Gustavo Borner Y Diego Oliver.

“The idea is to transform it, revisit it and do new things to it,” declared the Argentine artist.

An extensive tour during 2022 and 2023 will currently celebrate one of the most transcendental works of his career, considered among the most influential in Spanish-speaking popular music in recent decades.

Where will the new Fito Paez show be presented?

“Love 30 Years After Love Tour” It will begin in Argentina in the second half of September, to continue through Latin America touring Uruguay, Chile, Peru, Paraguay, Venezuela, Colombia, Costa Rica, Santo Domingo, the United States and Spain.

Love after love: A bit of history

The love after Love It is Rosario’s seventh studio album.

It went on sale on June 1, 1992 and from that moment on it was unstoppable. The songs on that album marked an entire era in Argentine national rock and it was a turning point for Paez’s career, from the musical as well as the compositional.

The impact of those songs translated into sales as well. To date, it remains the best-selling album in the history of Argentine popular music. When he turned 20, they had sold 1,100,000 copies in physical format.

The album is made up of fourteen songs that were hits and are now rock classics: “The love after Love”, “Brilliant on the mic”, “Let my life roll”, “A dress and a love”, “Tombs of glory” and “The magic wheel”are some of those unforgettable themes.

All the songs that make up the list of El Amor After Love are authored by Paez, with the exception of “La Rueda Mágica”, which shares the composition with Charly García.

In October 2013, in the Planetarium of the City of Buenos AiresFito Paez made a historic concert recording of the complete album, celebrating its twentieth anniversary.