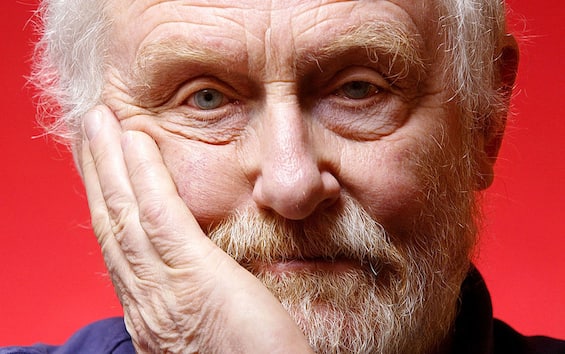 British director Mike Hodges, who made his debut writing and directing the gangster film ‘Carter’, starring Michael Caine, and then replaced Nicolas Roeg in directing the cult sci-fi ‘Flash Gordon’, enriched by the soundtrack of Queen, died at the age 90 on December 17 of heart failure at his home in Dorset, England. The announcement of his death was made, as reported by “The Hollywood Reporter”, by his friend Mike Kaplan, who produced Hodges’ film “I’ll Sleep When I’m Dead”.

Born in Bristol on July 29, 1932, Hodges, who had started working as a BBC documentary, got the job for the film “Get Carter” (1971), simply titled “Carter” in Italian when producer Michael Klinger was impressed from his work on the 1970 telefilm ‘Rumour’. His television experience taught him to work quickly on ‘Get Carter’. Starring Michael Caine as hitman Jack Carter, who returns to Newcastle for his brother’s funeral, discovers and hunts down a ring of mobsters involved in his death, the neo-noir classic was shot in 45 days for £750,000 (approx. $16 million today). In 1999 it was ranked 16th in Sight and Sound’s list of the 100 greatest British films of all time.

Hodges also wrote and directed the sequel Pulp, also starring Caine. Michael Crichton with George Segal, of “Damien’s Curse” (1978), although he was fired three weeks into filming and replaced by Don Taylor, and “Black Rainbow” (1989), with Rosanna Arquette. Hodges also has directed the thriller “A prayer for the dead” (1987), with Mickey Rourke, based on a story of terrorism in Northern Ireland by the IRA, and two films with Clive Owen, “The Heist – Analysis of a robbery” (1998) and “I I’ll Sleep When I’m Dead” (2003)

For “Flash Gordon” (1980), his biggest hit starring Sam J. Jones as the comic book hero, Hodges accepted an invitation from producer Dino De Laurentiis to fill in for Roeg, but “I had no idea what I was going to do when I took over,” he said in an interview with the “Guardian” in 2020. “I think that’s part of the success of the film. It’s like a souffle. mysterious way”. Hodges said he once asked De Laurentiis why he chose him for the project. I thought he was going to say, ‘Hey, Mike, I liked ‘Carter,’ I liked ‘Terminal Man,’ you’re a great director,”” she recalled. “Instead he said, ‘Hey, Mike, I liked your face'”.