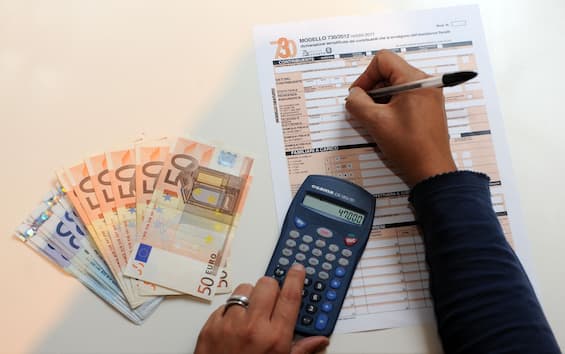 In view of the vote, the center-right proposes a flat tax: a single level of levy and not, as now, different brackets based on income. Let’s see what it is and what the consequences would be

It is one of the historic workhorses of the center-right on the tax authorities and re-emerges in every election campaign: the flat tax, that is, a fixed and equal percentage of withdrawal regardless of how much you earn. A bit like it already happens, in some cases, for VAT numbers or for the dry coupon for rents, for which you can pay 21% any rent you collect.

How it works now

If something of this type were applied in a general way, for example to employees, the four existing levels of taxation would disappear. The current system of so-called brackets means that, on balance, whoever earns 15,000 euros a year pays 12% of their income to the state. Those who earn 150,000, on the other hand, must give 38% to the tax authorities.

What would happen with the flat tax

The flat tax would ask both of them for the same percentage. Those with high incomes would continue to pay, in absolute numbers, more than those who struggle to make it to the end of the month, but the current progressive mechanism (protected by article 53 of the Constitution) would be canceled, which asks for a greater percentage contribution to those who earn a lot , with a view to redistributing wealth.

The tax system would be simplified but corrective measures would be needed, to avoid – for example – that those who do not pay taxes today, because they have a very low income, end up having to pay them. If the percentage (equal for all) of taxes to be paid were low, the final effect, however, would be a generalized decrease in taxes. And, consequently, the need to indicate coverage for several billions in public accounts. For this purpose, for example, many of the existing bonuses should disappear, which now mitigate the burden of the tax authorities.

The knot of evasion

Those who support the flat tax are convinced, then, that tax evasion would be reduced (about 100 billion a year), in the hope that if the state asks for less, more people will pay. In short, a lot depends on how the flat tax would be implemented in practice and on what percentage it is asked. The flat tax is currently not adopted in any of the major world economies and in the European Union it exists only in a handful of Eastern countries.