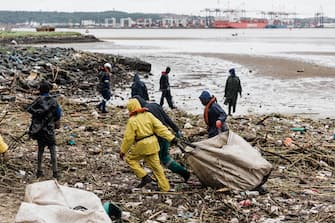 The death toll has risen to 443 of the devastating floods which hit South Africa, in particular the Durban area (in the picture), on the east coast

The local authorities drew up the balance. THE missing I’m 63

Floods in Durban in South Africa, the president meets with families

The rains in recent days they have devastated roads, destroyed hospitals and moved homes

The South African Weather Serviceas AFP reports, has made it known that the disturbances are decreasing and should stop by Wednesday

According to the Guardian, more than 4,000 police officers have been deployed to maintain order