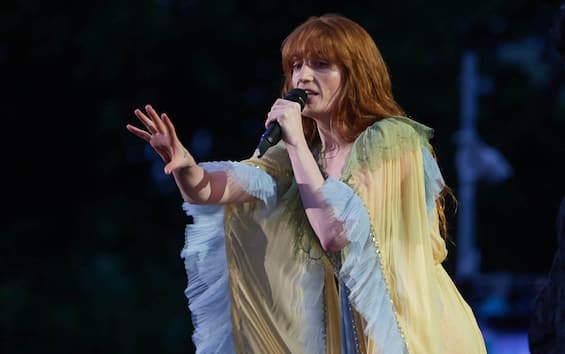 Three years after the last time, i Florence and the Machine they return to Italy. The British group will be among the protagonists of the next edition of I-Days in Milanan event that will see Paolo Nutini on stage, among others.

Florence and the Machine in Milan, the info

Florence Welch and her band will arrive in Italy to present the new album Dance Feverreleased in May 2022 and available in a new live version, Dance Fever Live From Madison Square Garden. The British group will perform on Thursday June 22, 2023 at the Snai Hippodrome in Milan: an opportunity to let fans listen to both the latest pieces and the great classics of the repertoire. Tickets for the concert of Florence and The Machine will be available in preview for My Live Nation users from 11 am on Wednesday 19 October, upon registration on the official website. The general sale of tickets will instead be open from 11 am on Thursday 20 October on the Ticketone, Vivaticket and Ticketmaster circuits. The group’s latest studio album peaked at number one on the UK chart and was also highly regarded by critics. The new live version was recorded during the September 17th concert at New York’s Madison Square Garden and includes 24 tracks, including songs from Dance Fever and historical pieces.

In 2023 theI-Days, the event born in 1999 and initially known as the Independent Days Festival. Over the years there have been many big international names hosted by the event, including Blink 182, Green Day, Imagine Dragons, Justin Bieber, Kasabian, Liam Gallagher, Linkin Park, Muse, Pearl Jam, Placebo and Radiohead. I-Days has the paying record at an Italian festival with over 210 thousand admissions at the 2017 edition held at the Monza Park – National Circuit. For the 2023 edition, the list of artists present has yet to be completed: as anticipated, in addition to Florence and the Machine, there will also be Paolo Nutini. After the great success achieved this summer with the Italian dates of his tour, Nutini will return to Italy on Saturday 24 June 2023, for the only date in our country. For the occasion, the artist will present the songs from the new album Last Night In The Bittersweet, very well received by the public and critics. The album, which debuted at the top of the British Official Albums Chart in July, was anticipated by the singles Lose It And Through The Echoes, Shine A light, Pietrified in Love And Acid eyes.