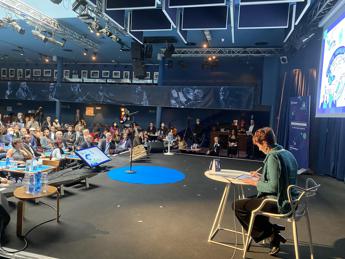 “The Greenwashing it is a very dangerous practice for the success of the ecological transition, a disturbing element for the realization of an epochal change that in Europe we are facing with great commitment. Fake environmentalism and facade sustainability damage the relationship of trust between the citizen and the market. A trust that is already not widespread, in fact there are still many Italians who do not believe in the usefulness of separate collection, convinced that then the various waste all flow into a single large tank. This is not the case, on the contrary, the correct transfer and recycling of waste goods is a fundamental resource, especially when it comes to electrical and electronic waste, or WEEE “. This was stated by Andrea Fluttero, president Erion Compliance Organization (Eco)on the sidelines of the ‘Green Washing, music must change’ event, held on the occasion of E-Waste Day, the international day of electronic waste organized by the Weee Forum, the European association of collective WEEE management systems that involves reality from over 40 countries.


“The ecological transition is already a great challenge in itself – concludes Fluttero – if moreover this process is undermined by companies that instead of engaging in greenwashing, we are faced with a very serious problem. For this reason we make our appeal to the productive world to abandon this kind of practice “.