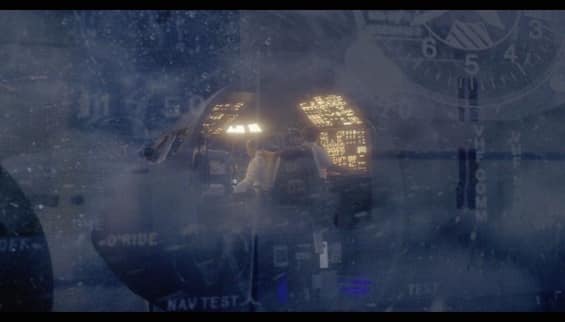 The fear of flying has never been so funny: this is what Enrique Piñeyro tries to tell in “Flying is Human, Landing is Divine”, a play that in seven years has been sold out in the prestigious Maipo and Coliseo theaters in Buenos Aires but also in the best theaters of the main Argentine and Spanish provinces.

A story that wants to make you laugh and reflect, which begins with the spectacular simulation of an accident on Avianca flight 052. Objective? Understanding how the fear of flying arises. With pungent but intelligent humor Piñeyro talks about human error, the defects and absurdities of communication by contrasting situations of our daily life with the world of aeronautics. Advertising, politics, education and health thus become the main “victims” of Piñeyro’s ironic style which shows us how the world could be a better place if it worked the same way as an airplane.

A cockpit of a Boeing 737-200 and a spectacular game of projections transform the stage into a flight for a staging that is a perfect fusion of cinema, theater and humorous monologue. Enrique Piñeyro surprises with his humor and transforms this unusual show into a new genre in which smiles alternate with moments of deep reflection.

Enrique Piñeyro is an actor, director and producer for cinema and theater, line commander, plane crash investigator, doctor and recently also cook at the Anchoita Restaurant in Buenos Aires. He was the director of Whiskey Romeo Zulú (2004), Fuerza Aérea Sociedad Anónima (2006), Bye Bye Life (2008) and El Rati Horror Show (2010), the latter film used as evidence at the Supreme Court of Justice of the Argentine Nation which declared the acquittal of Fernando Carrera.

His documentaries have helped generate awareness and bring about changes in the public, judicial and political spheres of Argentine society. In 2014 you founded “Innocence Project Argentina”, a subsidiary of a North American organization dedicated to the release of innocent people who have been sentenced by mistake.

Between theater and philanthropy

In March 2021, flying my own plane, I made the longest direct flight in aviation history: between Seoul and Buenos Aires, which lasted 20 hours and 10 minutes.

In Spain he collaborates closely with Open Arms, an NGO for which he created humanitarian corridors, president of the NGO Solidarie and benefactor he donated a new ship to the organization (Open Arms One).

Furthermore, always as a collaborator of Open Arms, he has repeatedly brought to safety with his personal plane refugees, people who wanted to flee because they are in a state of danger, has delivered humanitarian material to India and Mozambique during the pandemic and has carried out practical missions in the Mediterranean. The Italian-Argentine pilot and philanthropist then made his plane available to Open Arms also to carry out flights useful for the transfer of refugees from Poland to Spain and Italy, victims of the war in Ukraine