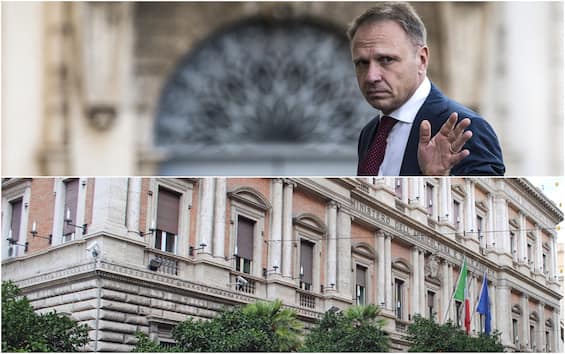 With the new government some ministries have changed their name, such as that of Agriculture entrusted to Francesco Lollobrigida. The new definition is the same used in France and the concept of “food sovereignty” also appears in the documents and policies of many countries and organizations in the sector, from Latin America to Canada, to the United Nations itself and to the FAO.

With the Meloni government some ministries have been renamed. This is the case, for example, of the Ministry of Agriculture, which will now be called the Department of Agriculture and Food Sovereignty. It was led by Francesco Lollobrigida, 50, group leader of the Brothers of Italy in the Chamber. The name change, which must be formalized in any case, represents the new identity of the Ministry of Agricultural Policies (NEW GOVERNMENT: THE SPECIAL – LIVE UPDATES – WHO ARE THE MINISTERS – THE IDENTIKIT OF THE EXECUTIVE).

The same ministry exists in France

The definition of “food sovereignty” for a ministry is not unprecedented: it also exists in France, desired by President Emmanuel Macron for the department headed by Marc Fesneau. Precisely with the arrival of Macron, the “Ministère de l’Agriculture et de la Souveraineté alimentaire” was inaugurated, in line – according to many observers – with agricultural policies across the Alps, traditionally liberal but also very attentive to national interests, although coming from historical roots of a completely different sign.

The concept of “food sovereignty” is not new

Although the ministry already exists in France, this has not prevented many in Italy from being ironic on social media at the choice of terminology by the new executive who sounds sovereign. Names aside, the concept of “food sovereignty” is not new in the documents and policies of many countries and organizations in the sector, from Latin America to Canada, to the United Nations itself and to the FAO. In a 2013 document of the government of Quebec, the French-speaking region of Canada, food sovereignty was indicated in the first place, with the aim of putting at the center the satisfaction of people’s food needs and not maximizing economic profit, encouraging development of local realities and eliminate waste.

Slow Food Italy: the concept of “food sovereignty” is not synonymous with autarchy

But the concept of food sovereignty has its roots even further back. The term was coined in 1996 by “Via Campesina”, a vast international organization of farmers made up of 182 organizations in 81 countries. It was then taken up, as mentioned, in the documents and policies of many countries and organizations in the sector. According to Barbara Nappini, president of Slow Food Italy, the concept of “food sovereignty” is not synonymous with autarchy: “It is the right of peoples to determine their own food policies without external constraints linked to private and specific interests. It is a broad and complex that establishes the importance of the connection between territories, communities and food, and raises the question of the use of resources in a perspective of the common good, as opposed to a wicked use for the profit of some “, he explained. And she too, she added, is “a very current concept: it is no coincidence that Slow Food deals with food sovereignty, supporting and promoting local food systems capable of combating food waste all over the world”.

Lollobrigida: “In line with the vocation of defending our products”

Regarding the new ministry of food sovereignty, the new minister Francesco Lollobrigida said: “It is not unpublished, they also have it in France and they are the ones who have best defended their products, so we believe it is completely in line with the vocation we will have. we too, defend our products “. Three weeks ago, on a visit to the Coldiretti Village in Milan, Lollobrigida always said: “Made in Italy is the showcase of the best products we have in our country and that we must defend. Unfortunately, we have not had favorable conditions in recent years. “. In the handover with Stefano Patuanelli (M5s), he added: “Collaboration in defense of Italian production is a sentiment that unites us.” The reasons for this political choice, in fact, are summarized by the president of Coldiretti Ettore Prandini: ” A commitment to invest in the growth of the sector, extend skills to the entire agri-food chain, reduce dependence on abroad, enhance the biodiversity of our territory and guarantee Italians the supply of high quality national food products “.