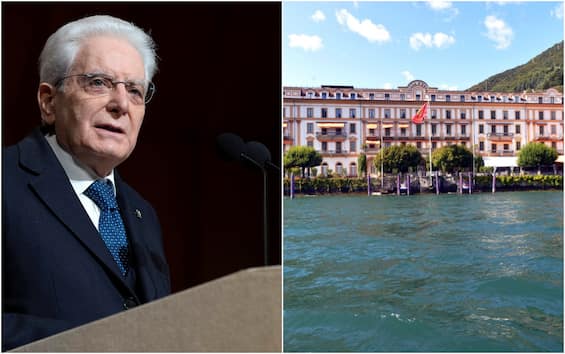 The second day of the event opened with a message from the head of state, who called the Union “the only continental player who can act to calm energy prices”. It is essential, he added, that the Member States continue with the implementation of the National Recovery and Resilience Plans, putting the environmental issue at the center. Among the guests also the European Commissioner for the Economy, Paolo Gentiloni, and the Minister of Economy Daniele Franco

The second day of the Ambrosetti Forum in Cernobbio opened with a message from the President of the Republic Sergio Mattarella. The event this year takes place “in a particularly difficult climate”, underlined the head of state. The international economic context is aggravated by the “prolongation of the war of aggression in Ukraine” and by the “dizzying rise in energy prices, also favored by unreasonable mechanisms and internal imbalances between European countries”. It is essential, said Mattarella, that the EU intervene and that each member state moves towards “the timely implementation of the national recovery and resilience plans”, with particular attention to the environment. The leitmotif of today’s meetings, 3 September, will be the so-called Agenda for Europe: innovation, free global trade and the European order of the future are the themes at the center of the debate. The Forum will be attended by, among others, the European Commissioner for the Economy, Paolo Gentiloni, and various Italian and foreign government representatives, including the Minister of Economy Daniele Franco.

Mattarella stressed that Russia has started the war in Ukraine “aware of the serious repercussions and the dramatic impact on the life of Europe and the whole world”. The conflict, he added, “is testing our consciences as free and eager for peace, reflecting on our societies and economies.” On the energy dossier, the head of state spoke of a “necessary and urgent” European response: “Individual countries cannot respond effectively to the crisis.” The role of Brussels is therefore central “in freeing itself from Russian dependence on energy sources”, because the EU “is the only continental player that can act to calm the prices of ‘energy “, also acting” in the field of renewable energies. “Mattarella called on Europe to continue on the path” in the name of solidarity, sharing of risks and benefits and planning of expansive interventions “undertaken in response to the Covid pandemic -19.