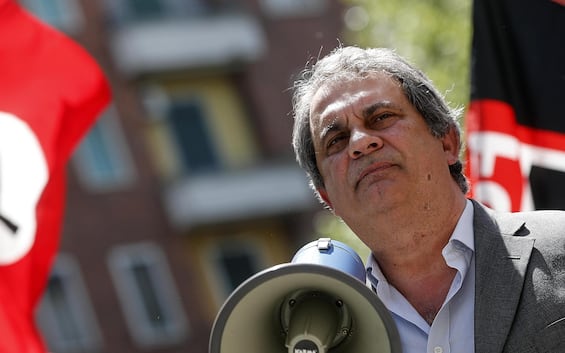 Forza Nuova did not meet the “minimum legal requirements” and did not pass the examination of the Courts of Appeal. The far-right list was excluded from the electoral race because it did not collect the necessary 36 thousand signatures and is now preparing to do battle: “Forza Nuova will present the appeals – said the leader Roberto Fiori -, certain that in the final analysis (when everyone the stages of the sick Italian justice will be exhausted) the European Court will prove us right “. (POLITICAL ELECTIONS. THE SPECIAL – LIVE UPDATES)

Fiore: “Exactly as we expected”

“Exactly as we expected, in the last few hours the Courts of Appeal have ousted Forza Nuova-Apf from the upcoming elections after having overturned, with a badly written and worse thought-out electoral law, the law that had allowed Fn to run for the last European elections” , said Roberto Fiore. The multi-prejudiced far-right leader had in fact tried to present the lists using a trick: the badge deposited at the Interior Ministry, with which he wanted to run in the electoral round of 25 September, was the one used for the Europeans of the ‘Alliance for peace and freedom’ group ‘. The symbol of APF belongs to the European political party which brings together all the neo-fascist movements of Europe. For Fiore this was therefore a way of not having to submit the necessary signatures, or 36 thousand. Given that Fn presented itself at the 2019 European elections in connection with the Alliance for Peace and that the party “has parliamentarians elected in Strasbourg”, the idea of ​​the Fn leader was to present himself using “the right to participate with the exemption “, exactly as he had announced during the filing in the Viminale.

The decision of the Courts of Appeal

Now, however, the Courts of Appeal have blocked the possibility of participating in the elections with the exemption on the achievement of signatures. “The system – said Fiore – moved in a bandit-like way, organizing, for the first time in history, summer elections with a lot of signatures in August, thus stealing the minimum time from a hypothesis of coalition between anti- system”. For this “Forza Nuova will present the appeals, certain that in the final analysis (when all the stages of the sick Italian justice will be exhausted) the European Court will prove us right”.