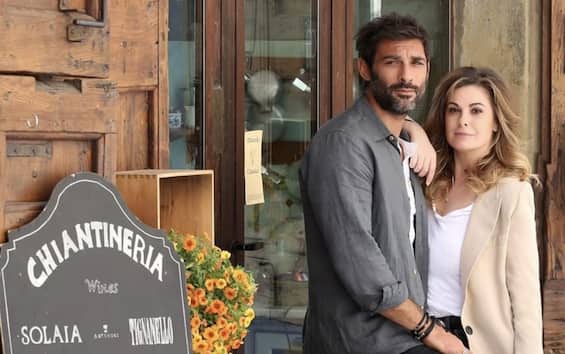 Built on a hill north of the Validichiana, the city of Arezzo risks being often underestimated, especially when compared to the greater Florence or other iconic Tuscan locations. Yet, not from today, the city that was the birthplace of Francesco Petrarca, among others, often turns out to be a perfect set for film productions and more. For example, many remember Life is Beautiful, partly shot in this town of just under one hundred thousand inhabitants, which however is not an isolated case. Many other films have in fact set various scenes in Arezzo, however often making it pass through the Florentine capital. The drama Fosca Innocenti does not fall into this temptation and indeed makes Arezzo the main background of the events of the homonymous protagonist, fully enhancing some iconic places of the place.

A Piazza Grande for a big city

Built around 1220, the ancient Great square it is the epicenter of both Arezzo and the series which is partly set here. To the west the oldest square in the city flaunts the fifteenth century Palace of the Fraternity of the Laitya place which may be familiar to you. This building which is located in the upper part of the same square and has a museum with more than 600 works inside it is in fact the police station where Fosca Innocenti played by Vanessa Incontrada works as deputy commissioner. It is curious that, just like in fiction, Cosimo’s wine shop is also in reality/Francesco Arca is really a stone’s throw from Piazza Grande. There Chiantineria which in the episodes is managed by the friend and lover of the protagonist really exists with the same name and is located, for those interested in visiting it, right in via Seteria. However, as for the police station, don’t expect to find the same furniture inside as seen on the screen: all the interiors of the Canale 5 fiction have in fact been recreated in special sets in Rome.

Between basilicas and oases surrounded by greenery

Perhaps less central to the plot but certainly worthy of a visit are other symbolic places of Arezzo that appear in the series for only a few scenes. There Basilica of San Domenico for example, it certainly does not need the advertising guaranteed by a fiction to attract tourists: in fact, the wooden Crucifix painted by Cimabue, the first work attributed to the master who never left his “home”, where he has lived since the second half of the 1200s. It is an extraordinary work, above all for the humanity and realism unpublished at the time with which it is returned the suffering of Christ. Also there Basilica of Piazza San Francesco which she also appears in Fosca Innocenti 2 however, it can boast an equally valid artistic heritage, given the presence on its walls of a cycle of frescoes by Piero della Francesca.

Not only squares and basilicas however, immersed in the valley near the city of Arezzo there is in fact also the Pomaio farm, a manor house dating back to the end of the 1800s and today definitely an oasis in the green. More or less in that area you have to go even if you want to go and find the wonderful house in the countryside where the protagonist lives in the fiction. In reality, Fosca Innocenti’s home immersed in nature is in fact approximately 4 kilometers south of the city that serves as the main set for the series, in the territory of Montecchio Vesponi (fraction of Castiglion Fiorentino since 1774). In short, if the investigations and subplots of the series get boring, you can always decide to continue watching Fosca Innocenti “for the extraordinary landscape” that allows you to admire.