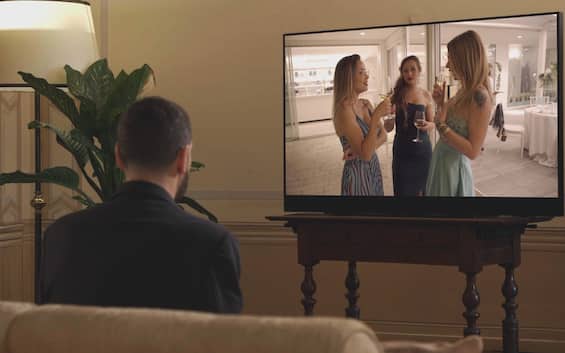 Generation Z was the first to be able to announce their wedding via social media: very young and already very convinced of their dream of love, they have very clear ideas on how to organize their special day. It is among them, among the daughters of the nineties, that Constantine Della Gherardesca sought out the contestants of the next episode of Four weddings – arriving on Sky and streaming on NOW on Sunday 23 October – which challenges its own 4 brides Generation Z.

They are no more than 30 years old and are ready to celebrate their love for life: probably already in adolescence they made plans on how to organize this unforgettable day, and a moment later they were parading, among friends and relatives, to reach their promise. groom. And here they are a few hours later, in the center of the room, celebrated by all the guests, for the most beautiful party. Will they be able to organize a super romantic ceremony, between flowers and confetti, or will they focus more on the party, between open bar and Lucillian meals?

Even for them the mechanism of the iconic Sky Original show produced by Banijay Italia does not change: four brides, all Generation Z, will all participate in each other’s weddings. Here they will have to judge with a score from 0 to 10 the four categories of dress, food, location and general event. As always, they will be followed all day during the ceremonies by the production cameras, which will steal the most ruthless judgments and comments from them. At the end of each day they will declare a part of their votes only to the public.

Costantino, conductor with unmistakable humor, will have the role of referee of the game. He will collect the comments of the brides and not only, he will comment on the weddings himself, as is the custom now almost “in smart working”, or from a splendid villa on the outskirts of Rome, sitting on a comfortable sofa, following the images of ceremonies and parties. Looking at the images, it’s safe to bet that he will not spare himself in any way to formulate the most sarcastic and direct judgments on the very young Gen-Z brides, on their new husbands and on their parties.

After all four brides have participated in the respective weddings of the opponents, the merciless showdown will come – also in this fourth episode, expected for Sunday 23 October at 9.15 pm on Sky Uno and streaming on NOW, always available on demand, visible on Sky Go. They will in fact be called to publicly declare their votes before Constantine, amid justifications, criticisms and recriminations. Their votes will be used to form a partial ranking, which can be overturned by the “Della Gherardesca bonus”.

Only after the final confrontation, Costantino and the brides will await the arrival of the luxurious limousine with tinted windows, from which only one of the four husbands will get off, that of the winning bride.

FOUR WEDDINGS: every Sunday at 9.15 pm on Sky Uno and streaming on NOW, always available on demand, visible on Sky Go