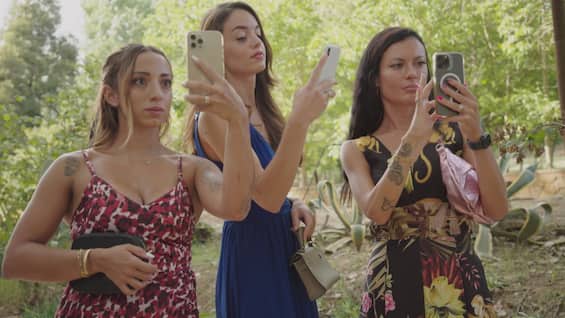 The influencers of 2022 were the first to have the opportunity to announce their wedding via social media: who with a post, who via a live on their social profiles, could receive in real time the reactions and comments of friends, relatives and followers . Likes, emojis and an avalanche of hearts for them, on the post of their wedding announcement. It is among them, among the “web entrepreneurs”, that Constantine Della Gherardesca sought out the contestants of the next episode of Four weddings – arriving on Sky and streaming on NOW on Sunday 13 November – which challenges its own 4 influencer brides.

With the fateful “yes” that is merry-go-round between emojis and likes, between smartphones and bluetooth headphones, the wedding will be judged “without filters” by the brides and commented with sarcasm by Constantine. In fact, the mechanism of the iconic how Sky Original produced by Banijay Italia does not change: four brides, this time all influencers, will all participate in each other’s weddings. Here they will have to judge the four categories with a score from 0 to 10 suit, food, location and general event. To tell their day in real time not by selfies or posts but by the cameras of “Four weddings”, to which they will deliver more or less merciless comments and jokes about the ceremonies of the others; at the end of each day they will declare part of their votes only to the public.

Constantine, infallible referee of the game, will collect the comments of the brides and more. From his enviable villa on the outskirts of Rome, sitting on a comfortable sofa, he will comment on weddings himself. From such a comfortable position he could never spare himself in any way in making the most sarcastic and direct judgments on the influencers going to the altar?

The showdown will come again this time after all four brides have participated in the respective weddings of the opponents – also in this new episode, expected for Sunday 13 November at 9.15 pm on Sky Uno and streaming on NOW, always available on demand, visible on Sky Go. They will publicly declare their votes before Constantine, between observations, criticisms and justifications: their votes will form a partial ranking, which can be overturned by the “Della Gherardesca bonus”.

Only after the final confrontation will they wait in the company of Constantine for the arrival of the limousine with tinted windows, from which only the husband of the winning bride will get off.