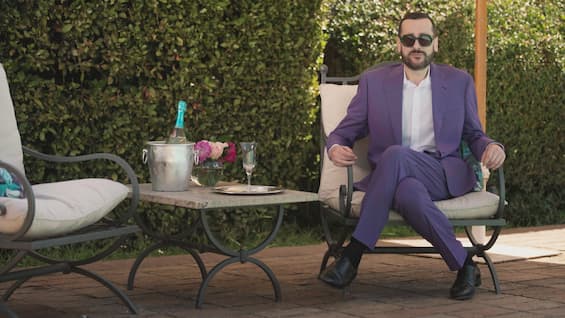 There are stages that all dancers in the world would like to tread. Unique, for fame and notoriety, they are the dream of each of them. But not the only one… And on what other occasion can a dancer interpret the role of first ballerina if not on her wedding day? This is the starting point Constantine Della Gherardesca for the next episode of Four weddings – arriving on Sky and streaming on NOW on Sunday 16 October – which challenges its own 4 brides all dancers.

After all, every ceremony is also a bit of a show, and no ceremony is more spectacular than a wedding… just find the right dancer. With dance as a frame, with pirouettes and catches, the “danceable wedding” will be judged rigorously by the brides and commented with the classic and irresistible sarcasm by Constantine.

In fact, the mechanism of the iconic Sky Original show produced by Banijay Italia does not change: four brides, all dancers, will be invited to each other’s weddings to judge four categories with a score from 0 to 10; followed all day by the cameras, from the emotions of the ceremony to the banquet celebrations, the “guest” brides will not hold their most ruthless judgments on suit, food, location and general event. At the end of each day, they will declare part of their votes only to the public.

TO Constantine, conductor and soul of the race, will be the referee of the game. Not only will he collect the comments of the brides, but he will comment on weddings himself with his unmistakable humor. This year he will do it, almost in smart working, from a splendid villa on the outskirts of Rome. Sitting on a very comfortable sofa, following the images of the ceremonies and parties, he will not spare himself in any way to formulate the most sarcastic and direct judgments.

The merciless showdown will come after all four brides have participated in their opponents’ respective weddings. Only later will they be called to publicly declare their votes before Constantine, justifying them and at the same time exposing themselves to criticisms and recriminations. Their votes will be used to form a partial ranking, which can be overturned by the “Della Gherardesca bonus”. After the final confrontation, as always, Costantino and the brides will await the arrival of the luxurious limousine from the tinted windows, from where only one of the four husbands will come down, that of the winning bride. For the newly married couple who won the bid, there will be a seven-day cruise on board a ship from the MSC Cruises fleet.