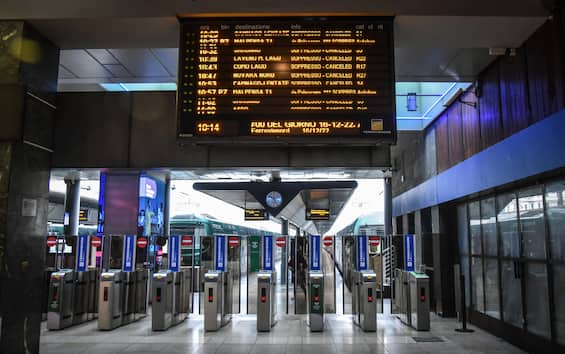 Tomorrow, January 19, will be a black Thursday for the French. After the pension reform proposal brought forward by the government in recent weeks, which has caused much discussion in France, as promised the trade unions of many sectors will join a national strike which will create numerous inconveniences for citizens. The major controversies arose above all from the raising of the retirement age from 62 to 64 envisaged by the new reform.

First of all, the employees of many transalpine transport sectors will cross their arms. In fact, the railway workers of the SNCF and the RATP (the transport network of the capital) will join the strike, but also the air traffic controllers at the airports and those of public transport in many cities, starting from Paris.

As a result, few metro and few trains will circulate between TGV and state railway vehicles. In detail, only one train out of three will circulate on the North and South-East axes, one out of four on the East axis and one out of five on the Atlantic one. As far as air traffic is concerned, the greatest inconvenience should occur at Paris-Orly airport.

Transport Minister Clément Beaune advised the French to minimize their movements on a day that promises to be “difficult”, anticipating or postponing their trips by a day or trying to work in smart working.

Strikes in schools and in industry

The mobilizations will also concern other sectors, such as schools and industry. The primary school teachers’ union has in fact declared that 70% of the teachers on the job tomorrow will not work. As for the energy sector, the CGT, one of the most important trade unions in France, has announced a 24-hour strike in the refineries.