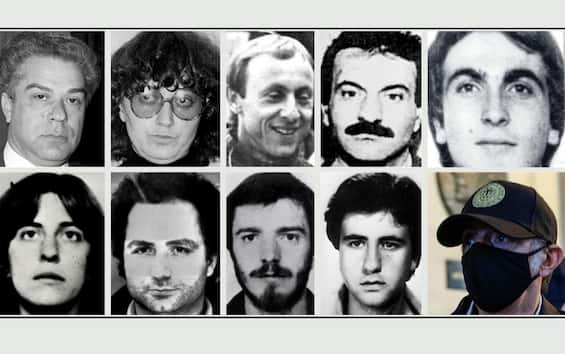 France has denied the extradition of the 10 former Italian red terrorists who have now lived in the country for 40 years. This was decided by the Chambre de l ‘Instruction of the Court of Appeal of Paris. The 10 had been arrested as part of the “Red Shadows” operation in April 2021. Among them was the former Lotta Continua militant Giorgio Pietrostefani, convicted in Italy as one of the instigators of the murder of Commissioner Calabresi. According to what is learned, he is the only one who was not before the French judges at the time of the pronouncement for health conditions.

Who are the 10 former terrorists

Pietrostefani, 78, one of the founders of Lotta Continua, was sentenced in Italy to 22 years as one of the instigators of the Calabresi murder. Enzo Calvitti, 67, former Br, was sentenced in absentia to 18 years in prison for association with terrorist purposes and an armed gang. The life sentence is instead the sentence decided for Narciso Manenti, 64, interior designer and manager of a communication company. He was a member of the “Armed Nuclei for territorial counterpower”. The sentence came in 1983, in relation to the murder of the constable Giuseppe Gurrieri. Giovanni Alimonti is 66 years old and in 1992 he was sentenced to 19 years in prison for the attempted murder of the policeman Nicola Simone. Between the two women involved in the trial is the former Br Roberta Cappelli, 66, who should serve a life sentence in solitary confinement for having been found guilty of three murders, all of which took place in Rome: that of the general of the carabinieri Enrico Galvaligi, killed on December 31, 1980, that of the police officer Michele Granato (September 9, 1979) and that of the deputy commissioner Sebastiano Vinci (June 19, 1981). Then there is Marina Petrella, 67, a former Br, as Cappelli condemned for the murder of Galvaligi and the attack on Simone, as well as for the kidnapping of judge Giovanni D’Urso and the regional councilor of the Christian Democrats Ciro Cirillo, in which two members of the escort were killed. No extradition even for Sergio Tornaghi, 63, also a former Br sentenced to life imprisonment for various crimes, including the murder of Renato Briano, general manager of “Ercole Marelli”. Maurizio Di Marzio, 60, managed to escape the police in April 2021, only to be arrested later. He is now at the center of a prescription dispute. He should serve in Italy a residual sentence of 5 years and 9 months in prison for armed gang, subversive association, kidnapping and robbery. Di Marzio has been managing a well-known restaurant in Paris for many years, the “Baraonda”. Raffaele Ventura, 70, former Combatant Communist Formations, should instead serve 20 years in prison for moral complicity in the murder of deputy brigadier Antonio Custra, which took place on May 14, 1977, during a demonstration of the extra-parliamentary left in Milan. Also Luigi Bergamin, 72, a former member of the Pac (Armed Proletarians for Communism), is at the center of a legal battle for the statute of limitations. He must serve a sentence of 16 years and 11 months in prison as the creator of the murder of Marshal Antonio Santoro, chief of the prison police officers killed in Udine on 6 June 1978 by Cesare Battisti.