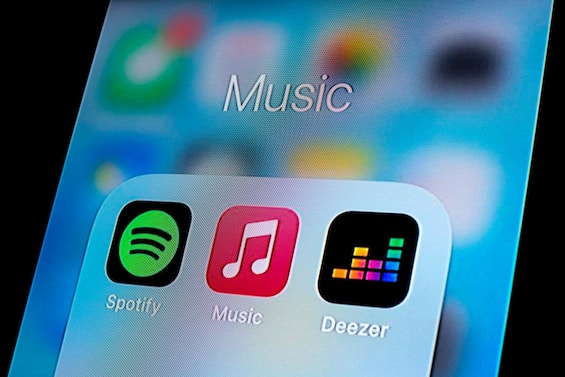 Spotify, Deezer, Apple Music: for the deputies of the New Ecological and Social Popular Union (Nupes), the giants of music streaming should pay 1.5% of the revenues into the state coffers. The proceeds, in the projects of the French left, would be used to finance the National Music Centerborn in 2020 under the tutelage of the Ministry of Culture and Communication.

L’amendment to the next financial law the September 30th by six deputies of the coalition headed by Jean-Luc Mélenchon. The idea is partly already known. It had had particular resonance in the 2016 the proposal for a “tax Netflix“. The text – voted in parliament, but never entered into force – is broadly taken up by the new initiative. At the time, the tax, also known as the“ Youtube taxe ”, had to support a project similar to the one in question. Six years ago it was de Center national du film and image animéean institution with a long and glorious history located on the left bank of the Seine.

Critics of the hypothesis 1.5%

If the vote of the assemblies to which it will be submitted is in favor, the law will come into force on January 1, 2023, but a fuss has already arisen around the attempt of the six deputies. It is not just industry players like Ludovic Pouillyvice president of the “made in France” app Deezer, who denounced the indirect consequences of the taxation advocated by the left. “It would serve the market interests of other platforms, such as Google, Facebook and Amazon“, he warned. Many share the same opinion labor unions according to which the first to lose would be the consumers. The risk of finding yourself with skyrocketing subscription costs is high. Not to mention the complaints that have come from show business professionals who, for their part, fear a decrease in the remuneration of producers and artists, especially in the world of hip hop. Niska, Dosseh and Houssbadidols in France, they talked about “anti-robbery tax”, given the dependence that exists between the world of street poets and the various platforms. According to the scenario proposed by the “rappeurs” of the Hexagon, to support the “innovation, freedom and diversity” of production in the musical world promoted by the Center national de la musique would end up penalizing an important piece of the French music industry. Hip-hop is in second place together with RnB in the ranking of the most listened to genres beyond the Alps and represents the87% ratings of music portals, according to the national syndicate of phonographic publishing.