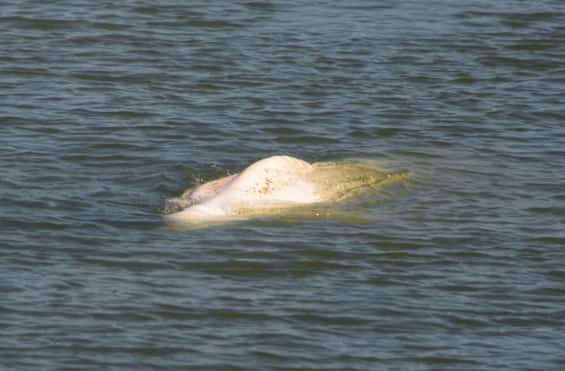 The beluga, extracted from the Seine in an overnight rescue operation, died on its way to Ouistreham in Calvados. This was announced by the Prefecture of the department. The cetacean, discovered more than a week ago in the Seine, was euthanized during the transfer from a lock of the Eure to the port of Ouistreham, where it had to stay a few days to be treated. “Despite an unprecedented rescue operation for the beluga, we are sad to announce the death of the cetacean,” the prefecture announced on Twitter. The animal was sick and had not been able to feed for days.

The four-meter whale was spotted more than a week ago in the direction of Paris and ran aground some 130 kilometers inland from the Channel, in Saint-Pierre-La-Garenne, Normandy. Since Friday, the animal’s movement inland has been blocked by a lock in Saint-Pierre-La-Garenne, 70 kilometers northwest of Paris, and its health has deteriorated after the cetacean refused to eat. The exceptional operation to return to sea was therefore lethal for the whale, “weakened and stressed” according to the Marineland team sent to assist in the rescue, together with the NGO Sea Shepherd France. The 24 divers involved in the operation had to try several times, between 22:00 and 4:00 in the morning, to lure the animal into the nets to lift it from the water. Then unfortunately the attempt to save him did not go well.