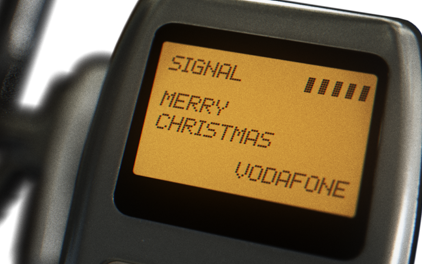 Auctioned in Paris as a “piece of digital history”. The first SMS in history, composed by a Vodafone programmer in December 1992, will be offered to buyers by the Aguttes auction house as a ‘non-fungible token’ (NFT), accompanied by a digital certificate of authenticity.

The text, sent by programmer Neil Papworth to colleague Richard Jarvis who was attending a corporate Christmas party contained only 15 characters and read simply: “Merry Christmas”. The buyer, who will be able to pay with the cryptocurrency Ether, acquires the exclusive ownership of a detailed and unique replica of the original communication protocol that transmitted the first SMS in the world.

A piece of digital history

“The first printed book, the first phone call, the first email: all these inventions have changed our life and our communication in the world. This first text message received in 1992 is a historical testimony of human and technological progress. It transmitted a message of joy “said the head of the auction house. Christian Schaake, Head of UNHCR’s Private Sector Partnerships Service, said: “Technology has always had the power to innovate and change the world. Through this combination of innovative technology and the movement for the good of society, UNHCR can continue to help refugees and people who have been forced to leave. their home, giving them the opportunity to transform their lives and build a better future for themselves, their loved ones and the communities in which they live. “

Digital certificates of this type are gaining in popularity. The NFT of the first tweet written by Jack Dorsey, the founder of Twitter, was auctioned in recent months for $ 2.9 million, while the first Tim Berners Lee source code for the World Wide Web was sold for 5.4 million dollars. Lower figures are expected from the sale of the first SMS. The auction house plans to collect between 100,000 and 200,000 euros from the auction. The owner of the SMS is Vodafone, which intends to donate the proceeds to UNHCR, the UN agency for refugees.