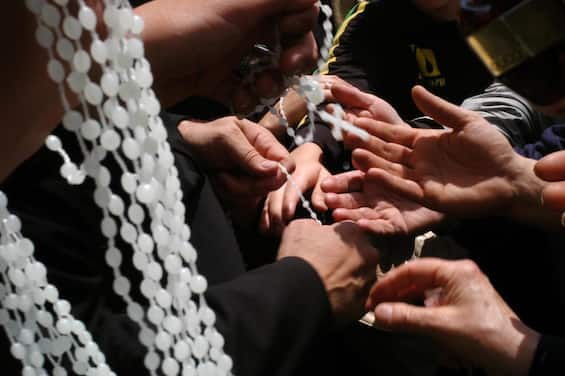 For several months, the tenants of a building in Fontenay-aux-Roses, in the banlieue of Paris, have been terrified by “presences” and strange “noises” that can be heard behind the walls and asked, in a letter to the Municipality, to be ” urgently transferred “. On the spot, which according to the families would be “haunted” by obscure presences, a priest and an imam arrived for a sort of exorcism, whose intervention was solicited directly by the mayor, who said he was surprised by the number of requests for intervention even though doubting the existence of supernatural causes such as to justify the emergency transfer of all residents to other housing units. Especially since the building is dilapidated and by 2030 it will still have to be demolished and rebuilt due to the presence of asbestos.

The letter requesting an urgent move was sent by several families four months ago. After this time interval, SIX of these families are increasingly convinced that they want to leave that building where they are now afraid. “Presences” are described, noises of “furniture being dragged on the floor”, “knocks against the wall” and even people with faces that vanish in seconds when they are spotted. The area is now very popular with journalists and cameramen, adepts of the paranormal or just curious. The owner and the administrator have promised on several occasions that they want to deal with the problem and think about transferring those who want to leave the building elsewhere, but nothing has been done at the moment.