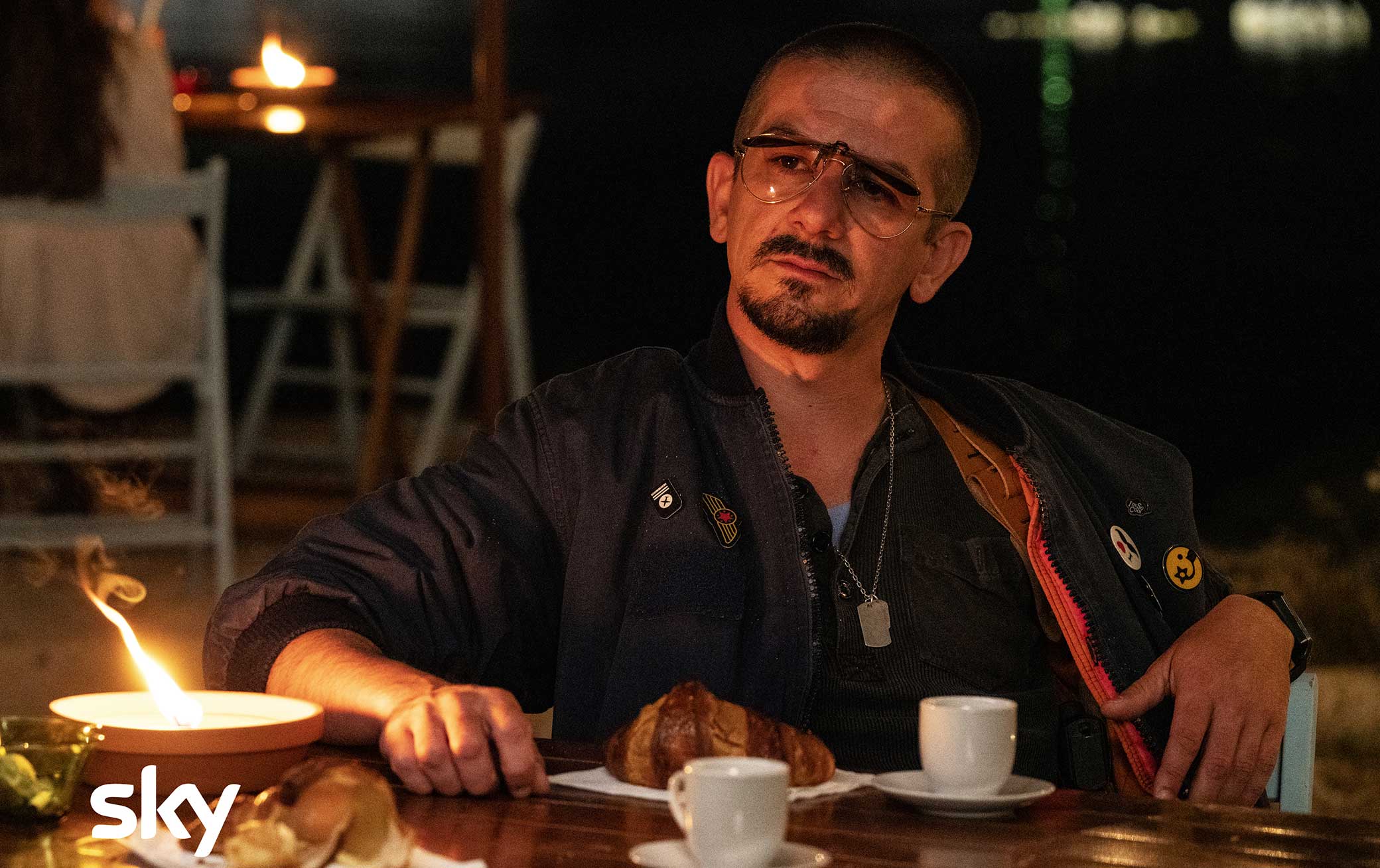 He has come a long way, Francesco Maria Mandelli, born in 1979, since he was supporting Andrea Pezzi at MTV, becoming known to the public of the time with the nickname of Non Giovane (or, abbreviated, Nongio). Today Francesco is a much appreciated actor, television and radio host and also director, and recently he was the protagonist together with a number of very capable colleagues of Cops – A gang of cops, Sky Original production in two episodes directed by Luca Miniero.

Now our hero is about to return as the mythical Benny the Cop, an agent of the Apulia police station who takes his job all too seriously, in Cops 2 – A gang of cops, premiered on Monday 6 and 13 December on Sky Cinema Uno (and also available in streaming on NOW and On Demand).

Waiting to see him wear the police uniform again, here is the best movies with Francesco Mandelli.

All About Cops – A gang of cops

The 5 (+1) best films by Francesco Mandelli

Francesco Mandelli’s debut at the cinema takes place at the age of 20 in the film “allstar” directed by the legendary Gialappa’s Band. With him on the set, among others, Aldo, Giovanni and Giacomo, Claudia Gerini, Maurizio Crozza, Fabio De Luigi, Zuzzurro and Luciana Littizzetto. The film tells of Leone Stella (Arnoldo Foà), owner of a renowned multinational video game manufacturer, who announces that he wants to leave his fortune to someone named after him. He then summons his namesake Leone Stella (and Stella Leone) and makes them participate in a bizarre test: whoever passes a series of tests inspired by his video games will become his heir.

Giovanni Veronesi calls Francesco Mandelli to him to play the part of Dante in the episodic film Handbook of love, which tells four different stories of passion and betrayal. Also part of the cast are Carlo Verdone, Silvio Muccino, Sabrina Impacciatore, Jasmine Trinca, Sergio Rubiny, Margherita Buy and Anita Caprioli.

From the very successful TV series The usual idiots, in which Francesco Mandelli and Fabrizio Biggio interpret a series of characters on the verge of the absurd, a film is also made in which all the comedy of the irreverent duo is poured out. At the center of the story narrated there are the characters of Ruggero and Gianluca De Ceglie, father and son played by the same Francesco and Fabrizio. The following year the sequel comes out The 2 usual idiots.

Fausto Brizzi wants Mandelli as the protagonist in this successful 2013 comedy, centered on the character of Andrea Morelli, the only son of an all-female family. Because of his mother and sisters, all of Andrea’s romantic relationships are wrecked. To the point that when he meets a new, promising girl named Giulia, he will have to choose between her and the family.

The third cinematic passage of the Soliti idioti sees Francesco Mandelli making his directorial debut alongside his then partner Fabrizio Biggio and Martino Ferro. Since then Mandelli will direct two other films: Good but not great And Just a minute. In the film, Hell is in turmoil because the “facility” is not equipped to accommodate modern sinners and therefore an upgrade is required. To remedy the problem, Dante Alighieri is sent to Earth, who together with a boy named Demetrio Virgilio will have to catalog the sinners of today, in a real compendium of modern vices.

Bonus: Cops – A gang of cops

Obviously, one cannot fail to mention, among the best films by Francesco Mandelli, the first adventure in two episodes of the policemen protagonists of Cops. In the Apulia police station, the agents (including the aforementioned Benny the Cop played by Mandelli) spend their days on the verge of boredom, because crimes do not take place in the quiet Apulian village. Led by the expert Commissioner Cinardi, the policemen will invent an expedient to prevent their headquarters from being closed for “manifest uselessness”: they will be the ones to commit the crimes that they will then foil.