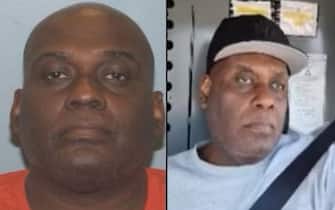 IS Frank James the “person of interest” that the police of New York consider the possible suspect for the Brooklyn subway bombing in which they were at least injured 23 people, none of which are life threatening. After 24 hours from the shooting, ABC citing some sources had reported the news that the man was in police custody. But then came the denial: James is still wanted

WATCH THE VIDEO: Shooting in New York, the manhunt after the shooting

Sixty-two years old, he was identified thanks to one credit card that he would have lost on the run

According to reports, James would have arrived in New York driving a van rented in Philadelphia, where he is resident. The vehicle was found near the station of Sunset Park. There, the man would then enter the subway and start shoot on passengers

Little information is available on James. To attract the attention of investigators some videos – defined “worrying“- in which the wanted man spoke about the problem of homeless in New York, a situation in his opinion poorly managed by the mayor Eric Adams (in the picture)

Attack in New York, the first images of the relief efforts. VIDEO

James is resident in both a Philadelphia (Pennsylvania) and in the state of Wisconsin. In the videos circulating on social media, the man thought to be James talked about him “mental problems“And issues related to racism

Read all the news from the world on Sky TG24

It was around 8.24 (local time) when a man walked into Sunset Park Station in New York City on Tuesday, April 12 and pulled a smoke canister

After putting on a gas mask, he started shooting at the passengers. At least 33 shots exploded before the gun, one Glock 9mmjams

The man, dressed in the uniform of the New York subway attendants, then escaped. At the station, in addition to the gun used, it was found a bag with the keys to the rented van, ammunition, a hatchet, fireworks and a container of gasoline

The weapon used by the wanted man would have jammed. “We have been lucky, it could have been much worse“New York Police Chief Keechant Sewell said (pictured, center)