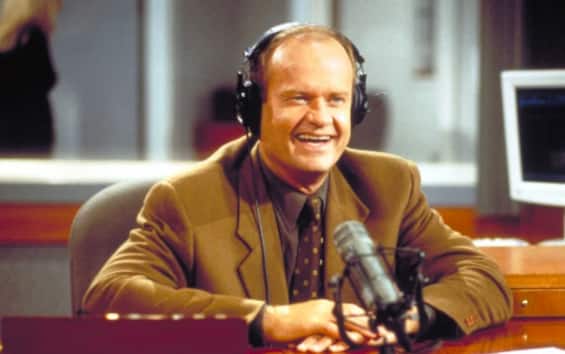 Frasier will have a sequel. The series was ordered by Paramount + e Kelsey Grammer, in addition to being the protagonist, he will also be the producer of the project. Indeed, the 67-year-old actor had the idea of ​​the sequel already in 2018, even if the development phase only started in 2021.

Frasier, what do we know about the sequel

The sequel series of Frasier he will then find the historical protagonist, the radio psychiatrist Frasier Crane, who however moved to another city and became very rich. The first season, which will likely consist of ten episodes, plus Grammer he will not find other historical figures but only new entries. It remains possible, however, the appearance of characters from the original show as guest stars. However, there will not be John Mahoney (who played Frasier’s father) and the dog Moose, aka the Jack russell of Frasier: the first died in 2018, the second in 2006. At the screenplay of the project we find Chris Harris (How I Met Your Mother) And Joe Cristalli (Life in Pieces), who are also producers alongside Grammer, Tom Russo and Jordan McMahon. Kelsey Grammer said last July that filming would begin in October. Then, speaking of the pilot script, he said, “It looks pretty good. I read it a couple of times and cried, then know that I am happy“. And then again, speaking of his character: “Frasier thinks that he will leave and he is pretty sure that his life will take another direction and he will end up getting rich beyond his dreams”. The actor also hinted that something will happen in the sequel that will set him back in contrast to his brother, and that the relationship with the now adult son, Frederick, will be told. It seems that two seasons of the new series are in the works, even if at the moment this remains an indiscretion not confirmed by Paramount.

Frasier it was a gone sit-com aired from 1993 to 2004spin-off of cheers. It was created by David Angell, Peter Casey and David Lee and produced by Grammnet Prods. It was very well received by audiences and critics and collected well 37 Emmy, including five consecutive for the best comic series. The Frasier Crane character first appeared on television on September 27, 1984, during the 45th episode of cheers. Frasier has since been a regular on the series for nearly 10 years. Given the success of the doctor, in 1993 a spin-off totally dedicated to him begins, Frasier.