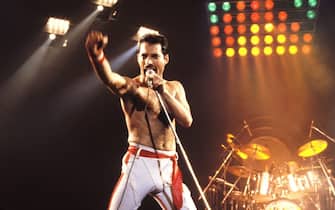 He was one of the frontmen who made the history of world music, and his unmistakable voice has become a symbol. Freddie Mercury, born Farrokh Bulsara, was born on 5 September 1946 to a Parsi family in the hospital of Stone Town, the historical center of the capital of the Zanzibar archipelago, in Tanzania, at the time a British protectorate

Six things to know about the Queen frontman

After a period spent in India, in 1964 he had to leave the island definitively with his family due to the revolution in progress to move to Feltham, a south-west suburb of London, in Great Britain. In the photo, from left, Freddie Mercury’s partner Jim Hutton, his nephew, his mother Jer Bulsara and sister Kashmira Cooke

How similar is your voice to Freddie Mercury’s? Google and Youtube challenge

In 1970 Freddy Mercury founded Queen together with guitarist Brian May and drummer Roger Meddows-Taylor. A year later the formation is completed with the arrival of bassist John Deacon

Bohemian Rhapsody, the most streamed song of the 20th century

For the regal Queen band, Mercury designs an equally noble logo: a crest with the letter “Q” adorned with a crown and embellished with representations of the band members’ zodiac signs: a crab for guitarist Brian May, two lions for drummer Roger Taylor and bassist John Deacon and two fairies for Mercury, born under the sign of Virgo. A phoenix watches over the composition, a symbol of hope and rebirth

After obtaining a contract with Mercury Records, the group’s debut album was released in 1973, Queen. The following year the band went on their first real tour

In 1973, the night recording period of Queen’s debut album, Mercury recorded with guitarist Brian May and drummer Roger Taylor covers of Dusty Springfield and the Ronettes under the pseudonym Larry Lurex, a joke of the then hugely popular British singer Gary Glitter. Fans are indignant and the only single under the name Lurex is a fiasco: Mercury recovers, however, with Queen’s first album, which comes out the following week

In the meantime Freddie Mercury binds to his friend and companion Mary Austin, with whom he has a long relationship and who remains close to him for life

Queen’s success is now consecrated. Among the various international tours, the one in Japan in 1975: at Tokyo airport, Queen are welcomed by 3,000 fans

In the same year, 1975, the album was released A Night at the Operawhich contains what would become one of the most listened to singles ever, Bohemian Rhapsody

Mercury begins to write Bohemian Rhapsody in 1968 among the benches of Ealing Art College. The verse “Mama, just killed a man” reminds him of the cowboy atmosphere of Johnny Cash

On December 1, 1976, the Sex Pistols replaced Queen as guests on a talk show, unable to participate due to Mercury’s first visit to the dentist in fifteen years. The vulgar language used live by the still little-known punk band bounced on the front pages of the newspapers and ensured their notoriety. However, a mutual contempt arises between the Sex Pistols and Queen

“Have you been successful in bringing ballet to the masses?” a tipsy Sex Pistols bassist Sid Vicious yelled in the recording studio at Freddie Mercury. The answer is yes: in 1979, for charity, Mercury made his debut with the Royal Ballet at the London Coliseum Theater in front of 2500 people singing Bohemian Rhapsody And Crazy Little Thing Called Love between acrobatics and somersaults. “I wasn’t Baryshnikov on stage, but she didn’t do badly for an adult doing it for the first time. I’d like to see Mick Jagger or Rod Stewart instead!”

Mercury composes Crazy Little Thing Called Love in the bathtub of the Bayerischer Hof hotel in Munich in 1979. Struck by inspiration, the towel tied to his waist extracts an Elvis Presley-style rockabilly melody from the acoustic guitar in a maximum of ten minutes. Despite Brian May’s initial disappointment, the song outperformed the world charts

We Are the Champions, We Will Rock Youthe first Greatest Hits, and again Under Pressure, Radio GaGa, I Want To Break Free: Queen are a worldwide phenomenon and Freddie Mercury is always in the front row

An epic collaboration between Mercury and Michael Jackson ends badly. In 1983 the two artists worked on three songs in the Californian home of the pop star, but the synergy ended for various reasons. Among these there also seems to be the presence of Jackson’s pet llama in the recording studio, which Mercury finds annoying

On July 13, 1985, the group took part in Live Aid, a concert organized with the aim of donating funds to the populations of Ethiopia, affected by a serious famine. The performance at Wembley Stadium in London makes Queen, and above all Freddie Mercury, a legend

The performance at Live Aid, voted by critics as the best of the event, revitalizes the band, which has been experiencing a period of crisis

In 1987 Freddie Mercury was diagnosed with AIDS, but the artist decides to keep the news confidential until the end

One of the singer’s last performances, together with the Spanish soprano Montserrat Caballe, took place in 1988. His last live television appearance was instead at the 1990 Brit Awards

The song Delilah is dedicated to Mercury’s cat of the same name, the favorite of the six cats that the singer contacted by telephone during his world tours

Freddie Mercury died on November 24, 1991, at the age of 45, at his home in London due to bronchopneumonia aggravated by AIDS