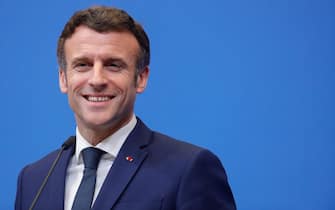 Sunday 10th April is the day of first round from the elections presidential elections in France. A new challenge is looming between Emmanuel Macron and Marine Le Pena re-edition of that of 5 years agobut today the difference between the two is much smaller

WATCH THE VIDEO: Elections France, who is Marine Le Pen

A latest poll on April 2 – conducted by the Elabe institute for BFM TV – sees Macron always leading the first round with the 28.5% voting intentions. Marine Le Pen chases him, always in strong progress (+ 1% in one week) at 22%: that’s who it is

Presidential elections France, from candidates to polls: everything you need to know

Born in 1968 to Neuilly-Sur-Seinenear Paris, is the youngest of the three daughters of Jean Marie Le Penfounder of the far-right party National Front. She is a lawyer, she briefly practiced the legal profession in Paris and then entered politics

Elections France, who is Jean-Luc Mélenchon, leader of “Rebel France”

Enter the Front National at 18 and in 1998 he becomes regional councilor in the Pas-de-Calais. In the 2004 enter at European Parliamentwhere she will be re-elected in 2009 and 2014. From 2017 is a deputy to the French National Assembly

Elections France, who are the 12 candidates for the presidency of the Republic. PHOTO

On a personal level, the leader is mother of three children, of which two twins, had between 1998 and 1999. Divorced twicehas been the companion of the vice president of his party since 2009, Louis Aliot. Louis Aliot announced theirs separation in September 2019

In the 2011 Marine succeeds her father as leader of the Front National. Its goal is to renew the image of the party, which is believed to be too extremist for its admittedly tones racists and anti-migrants

The Sky TG24 special on the French elections

In Le Pen’s view, the Front must be a party of people who want regain possession of their country. So they join the party new managers coming from a more institutional rightlike Florian Philippot

In April 2015 the leader chases the father from the party. In that case old Le Pen had spoken of the again Nazi gas chambers as of a “detail of the story”using overtly anti-Semitic tones

After his long commitment to “normalize” (the French media used the word “dédiaboliser”) the party, the Front National changed its name in 2018becoming the Rassemblement national (RN)

The party remains an anti-immigrant force, especially Muslims. Le Pen is an advocate of politics “The French first” on employment, welfare and housing. Promote a reform of nationality regulations

His for the 2022 elections program touches about 20 themesamong which the safetyimmigration, the family and the economy