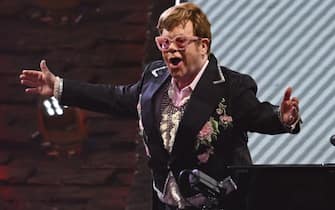 WATCH THE VIDEO: Elton John, the 6 most famous songs

Elton John, however, will not be alone on stage because he will be accompanied by the Japanese singer-songwriter Rina Sawayama

Generations compared in Hyde Park, with Elton John who will also host the 2000 class Thomas Headon

Glastonbury Festival, the line-up of the artists

Rock In Roma 2022, from Blanco to Maneskin: all the expected singers

THE Rolling Stones they will perform in two nights in Hyde Park. The first date is for Saturday 25 Junethe second for Sunday 3 July

Rolling Stones, story in 15 photos of the ageless band by Mick Jagger

Four albums to his credit, the Australian singer-songwriter Courtney Barnett will perform on June 25 with the Rolling Stones

The artist Sam Fender, who we will also see on the stage of the Glastonbury Festival, is one of the guests chosen by Mick Jagger’s band. He will perform in the second concert of the July 3

Double date, among other things in a row, for one of the most anticipated singers in Hyde Park. Adele she is ready to enchant the audience with her voice Friday 1st July and Saturday 2nd July. No guests are expected

Pete’s younger brother, guitarist of The Who, Simon Townshend will accompany Pearl Jam in some songs on the evening of Friday 8 July