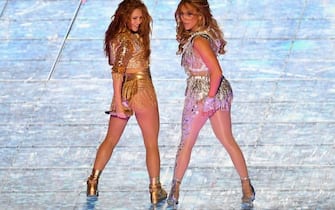 Popstar podcast, special episode: the protagonists of the Halftime Show

Justin Timberlake (2018) – The singer, who took the stage as a soloist in 2018 (he had already been alongside Janet Jackson in 2004) gave a sparkling show proving, as if it were still needed, his talent

Lady Gaga (2017) – In that year, she is the great protagonist of the halftime show. The voice of “Born This Way” gives the audience a truly exciting show, among the songs offered “Bad Romance”, “Poker Face” and “Just Dance

Coldplay, Beyoncé & Bruno Mars (2016) – It is remembered as one of the best performances in Super Bowl history – In the first part, Coldplay inflames the audience with great classics such as Viva la Vida and Paradise, all in preparation for the heart of the exhibition, together with Bruno Mars and Beyoncé on the notes of Uptown Funk and Crazy in Love. In the finale, the three artists all perform Up & Up together and the stadium is tinged with a rainbow with the words “Believe in love”

What is the Super Bowl, the most followed sporting event in the United States

Katy Perry (2015) – The singer’s show was nothing short of perfect with world-famous songs, amazing outfits, sets to leave you speechless and breathtaking choreography

Super Bowl, between sport and pop culture: the event that drives the US crazy

Beyoncé (2013) – Absolutely to remember the 2013 performance of Beyoncé (+ Destiny’s Child). In fact Ms. Carter really blew the spectators out of breath during the half-time of the match

Madonna (2012) – In Indianapolis. the Queen of Pop shows up with an incredible performance, in her classic provocative and pompous style. A scenography that recalls her ancient Greece is the mistress of her, while on the stage several super guests such as LMFAO, Nicky Minaj and Cee Lo Green go up

Bruce Springsteen (2009) – That year’s performance was the first show held by Bruce Springsteen and the E Street Band, during a halftime. Fans will certainly always remember the 12-minute performance, which began with “Tenth Avenue Freeze-Out,” Born to Run “and finally the legendary” Glory Days. “A few days earlier, on January 20, Barack Obama had become the 44 / mo President of the United States

Prince (2007) – One of the biggest stars of all time, the never-so-late Prince makes full merit into SuperBowl history for giving the show one of the best performances ever

Rolling Stone (2006) –
The greatest rock band of all time ignited Detroit’s Ford Field in 2006 with three songs that made music history: we’re talking about Start Me Up, Rough Justice and (I Can’t Get No) Satisfaction

Janet Jackson (2004) – The pop star’s performance with Justin Timberlake made history and created a lot of controversy in the media of the time due to the “Nipplegate” incident when, due to what the singer called a “technical failure of the clothing” , Jackson remained with bare breasts live and worldwide for about two seconds, enough to lead the NFL (as well as other major American shows) to broadcast subsequent editions on a deferred basis, in order to censor any images or texts deemed inappropriate.

Michael Jackson (1994) – Describing the performance that Michael Jackson gave is not at all easy, the star has not simply performed but has rewritten history by adding an important new piece to an unattainable career. After more than twenty years, what remains etched in everyone’s mind is his entry: he motionless, the audience delirious as proof of his greatness