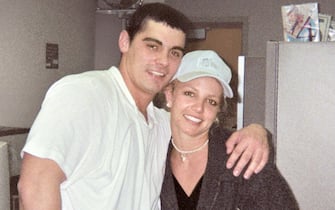 Britney Spears married Jason Alexander (her childhood friend) on January 3, 2004, at Little White Wedding Chapel in Las Vegas, Nevada. The wedding was canceled after just 55 hours because, as stated in the press release issued by the singer’s staf, the wedding had been celebrated at a time when Britney “was unable to understand her actions”.

The marriage between Johnny Depp and Amber Heard lasted only 15 months, After it was a succession of legal accusations between the two spouses, Until the defamation sentence pronounced by the court of Fairfax, Virginia only a few weeks ago in which the ex Depp’s wife will have to pay him more than $ 10 million in damages. In fact, jurors awarded Depp 10 million in damages, plus 5 million in punitive damages, which Judge Penney Azcarate reduced to $ 350,000 in accordance with the legal ceiling in Virginia.

I see double! 20 stars of today who look like those of the past

The marriage between Renee Zellweger and Kenny Chesney lasted only a month. The Oscar-winning actress has asked for annulment claiming she was duped.

Renée Zellweger, how it has changed over the years

Kid Rock and Pamela Anderson married in July 2006 and then announced their divorce in November of the same year.

From Natalie Imbruglia to Rihanna, as the pop stars of the 90s are today

Chad Michael Murray and Sophia Bush met on the set of “One Tree Hill”, married and separated five months later.

Drew Barrymore and Tom Green broke up after only nine months with a statement that speaks of “irreconcilable differences.

From Eddie Murphy to John Travolta, 20 actors who have said no to a successful film

A look behind the scenes, 50 photos from the sets of the best films

The marriage between Cher and the musician Gregg Allman lasted only 9 days. The reasons for the divorce are partly attributable to the musician’s drug and alcohol problems. Too much even for a Nagivata singer like Cher

Cher, the photos of the iconic artist

Among Elizabeth Taylor’s many weddings, the one with Conrad “Nicky” Hilton jr. it was certainly the shortest: 205 days

All the stars who have been married many times PHOTOS

Jennifer Lopez and Cris Judd got married in September 2001 but already in June of the following year, that is 218 days later, they were already separated

Jennifer Lopez shows herself without makeup: the photo

The marriage between Miley Cyrus and Liam Hensworth lasted only eight months. They were married, surprisingly, on December 23, 2018