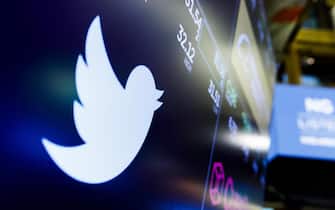 Elon Musk is the new CEO of Twitter. Jack Dorsey, the co-founder and historical guide of the microblogging platform supported the billionaire friend’s takeover of the company. But how will the social network change after its arrival?

Musk chases the Twitter board: he is the only administrator

In recent days, the billionaire entrepreneur has fired several executives before completely dissolve the board of directors and to appoint himself as the sole member. The decision is expected to be temporary but in the meantime as the company’s CEO, he will decide on Twitter strategies himself

The rumors, published by several newspapers such as “The Washington Post”, report that Elon Musk would be ready to lay off 25% of employees. Last week, in a video posted on the social network, the entrepreneur was immortalized as he entered the company’s building in San Francisco, carrying a sink. All accompanied by a pun on the term link, which also means to sink

On his first day at the head of Twitter, the new “Chief Twit” (so he renamed himself), changed the platform’s home page. He then announced on Tuesday that Twitter Bluethe paid service of the company that chirps, it will cost $ 8 a month. Musk pointed out that subscribers will have, among other things, the ability to post long videos and audios. Musk’s clarification follows the controversy following the rumors about a possible cost of the service of $ 19.99 per month against the current $ 4.99

Twitter Blue is a monthly subscription that offers premium features, such as the “unsubscribe” option and access to ad-free articles from hundreds of publications, including Vox, LA Times and Insider

Details of the composition emerged from documents submitted to the Security and Exchange Commission by Elon Musk. Documents containing data on Twitter’s structure, updated for the thirteenth time since April 5

SEC filings revealed that, even in Musk’s company, Jack Dorsey will continue to have a stake. Dorsey agreed to transfer the 2.4% interest, 18 million shares, worth $ 1 billion) that she had in the company she co-founded to Musk’s new company for Twitter. Turns out Dorsey agreed to move in April, then put it into operation last Thursday: the day Musk officially became the owner of Twitter.

After Musk became Twitter’s largest shareholder in late March, Dorsey was the first person from the company he contacted. Dorsey, who was director of Twitter at the time, later encouraged Musk to join the board and spoke brilliantly about him after the board agreed to sell the company to Musk.

When asked what kind of structure he would like Twitter to operate, Dorsey said it should be “a protocol”. Dorsey has always complained that the company was “owned” by Wall Street and claimed that making it private was the “correct” first step. On November 8, Twitter will no longer be listed