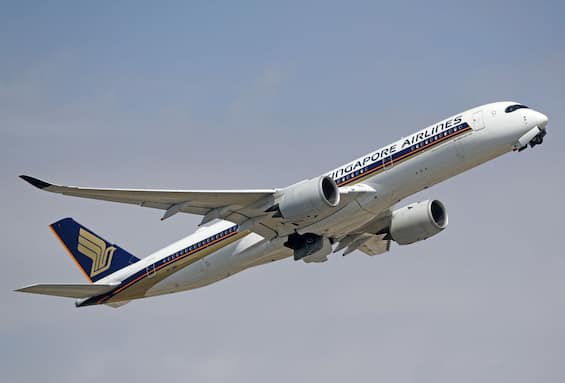 Travel with all the comforts but at very advantageous rates. Here are all the details of the Asian company’s offer

Singapore Airlines has made the Airbus A350 available for the Milan-Barcelona route, a luxury flight which however has a lower price than a low cost one. The journey takes just under an hour and a half and passengers can count on all the comforts of a Business class: from top quality food and drinks to other options such as the possibility of carrying their luggage into the cabin for free.

Airbus A350, a new generation aircraft

An Economy ticket costs 58.42 euros (41 euros base fare, 17.42 euros airport taxes), as reported by Corriere della Sera. For a higher price, you can also book a seat in Premium economy or Business. Airbus A350 is a new generation aircraft that flies mainly on intercontinental routes. It has a double aisle and silent engines and Economy travelers can count on 81.3 centimeters of legroom. The other low cost airlines, on the other hand, make available between 73.7 and 76.2 centimetres.

What is the fifth freedom that allows the intermediate sections

The Milan-Barcelona route is among the six lines within Europe and which are made available by companies that are not part of the Old Continent and which have a non-European final destination. In addition to Singapore Airlines, in fact, Emirates connects Larnaca (Cyprus) and Malta, Ethiopian Airlines connects Geneva and Manchester, Stockholm and Oslo and Zurich and Malpensa, while Bahrain Gulf Air has the route between Larnaca and Athens. This is made possible thanks to the so-called “fifth freedom”, an international agreement that allows non-European companies to make intermediate stops where they can embark and disembark passengers. For these routes, Boeing 777 (Emirates) or 787 (Ethiopian) and, as already mentioned, the Airbus A350 of Singapore Airlines are often used.

Flights available from Milan and Barcelona

In the case of the route between Milan and Barcelona, ​​Singapore Airlines uses flight SQ378 – which departs from the Asian city, stops at Malpensa and then takes off for Barcelona. From the Spanish city, instead, use the SQ377 flight, which has Singapore as its final destination but stops in Milan. In the latter case, travelers must go to the gates of the non-Schengen routes of the airport, even if it is enough to have an identity card with them. The Asian company already had the Singapore-Milan-Barcelona flight, even if it was not possible to sell tickets for the intermediate routes. The go ahead from Italy arrived in January 2022.

As already pointed out, the fares of this flight can be lower than those of low-cost airlines. Corriere della Sera gives an example of a Malpensa-Barcelona-Malpensa flight departing on 28 December 2022 and returning on 4 January 2023: the total cost with Singapore Airlines is 232.08 euros, while the money Ryanair is asking for is 288 euros (with departure and arrival in Bergamo-Orio al Serio), the easyJet fare is 320 euros and the Vueling fare is 350 euros (the latter two leave and arrive at Malpensa). Prices are also competitive for those who want to travel with Singapore Airlines in more comfortable classes: they are 326 euros in Premium economy (standard) and 582 euros in Business.