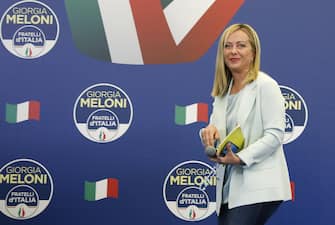 The victory of the center right and the clear affirmation of Giorgia Meloni immediately sparked a series of reactions at the international level, including concerns about the advance of the right and messages of support for the leader of Brothers of Italycalled to form a new government that will have to face the challenges of the energy crisis and the war in Ukraine

The victory of the center-right in the international press

The leader of the National Rassemblement, Marine Le Pen. “The Italian people have decided to take back their destiny by electing a patriotic and sovereign government. ”Le Pen wrote in a tweet a few hours after the polls closed. “Well done Giorgia Meloni and Matteo Salvini, for having resisted the threats of aEuropean Union anti-democratic and arrogant, achieving this great victory “.

The exultation of the European sovereigns for the vote in Italy

Satisfaction with the result of the Italian vote was also expressed by Viktor Orbánappeared several times in the past alongside Giorgia Meloni and an exponent of the sovereign wind that he supports in Europe the advance of the Brothers of Italy. “Congratulations, deserved victory“Orbán wrote in a post on Facebook, accompanied by a photo of the two politicians together

From An to the success of the elections: the story of Giorgia Meloni

“Congratulations Giorgia Meloni!”. It is the tweet with which the Polish Prime Minister Mateusz Morawiecki already exulted after the exit polls of the Italian elections. Meloni and Morawiecki at Eurocamera are both part of the Ecr group

After the tensions of recent days, by the European Commission a credit line has arrived for the future Italian government. “The Commission works with governments elected by voting at the polls in the EU states, the same applies in this case as in all the others”, declared the Commission spokesman Eric Mamer. “We hope to have constructive cooperation with the Italian authorities, now we are waiting for Italy to form a government according to the procedures of its constitution”

A message for Giorgia Meloni also came fromOECDwith the secretary Mathias Cormann which, responding toHandle, he appealed to Italy to continue to be united and in solidarity with European partners to face the shock of the war in Ukraine. “We await the formation of the new governmentwhen we have a new government in Italy we will be happy to work with them to have policies aimed at a better life “, declared Cormann,” in the current context it is worthwhile to have strong long-term solidarity in Europe ”

More concern coming from Spain. “In times of uncertainty, populisms grow and always end in the same way, with a catastrophe,” said the Foreign Minister Juan Manuel Albares, during a press conference. “They give simple, short-term answers to very complex problems. Their answer is always the same: let’s close ourselves and go back to the past “. Albares added that” respect the legitimate result in Italy “although in Spain, where we vote next year,” sees a very different situation ”

“Italy is a country that is very friendly to Europe, inhabited by citizens who are very friendly to Europe and we expect this not to change”, he commented. Olaf Scholz’s spokesperson, Wolfgang Buechneranswering a question about the outcome of the elections in Italy at the government press conference a Berlin. Buechner added that he could not comment on the result since the count “is not yet closed”

There France will be “attentive” to “respect” for human rights and abortion in Italy after the victory of the “post-fascist party of Giorgia Meloni in the legislative elections”, observed the Prime Minister Elisabeth Borne . “Obviously we will be attentive, and with the president of the European Commission Ursula von der Leyento ensure that these values ​​on human rights, on mutual respect, in particular on respect for the right to abortion, are respected by all “, he told Bfm TV

Also from Fly there was no lack of reactions to the outcome of the Italian vote. “We are ready to welcome any political force capable of showing itself more constructive in its relations with the Russia“, he said Kremlin spokesman Dmitri Peskovas reported by the Tax