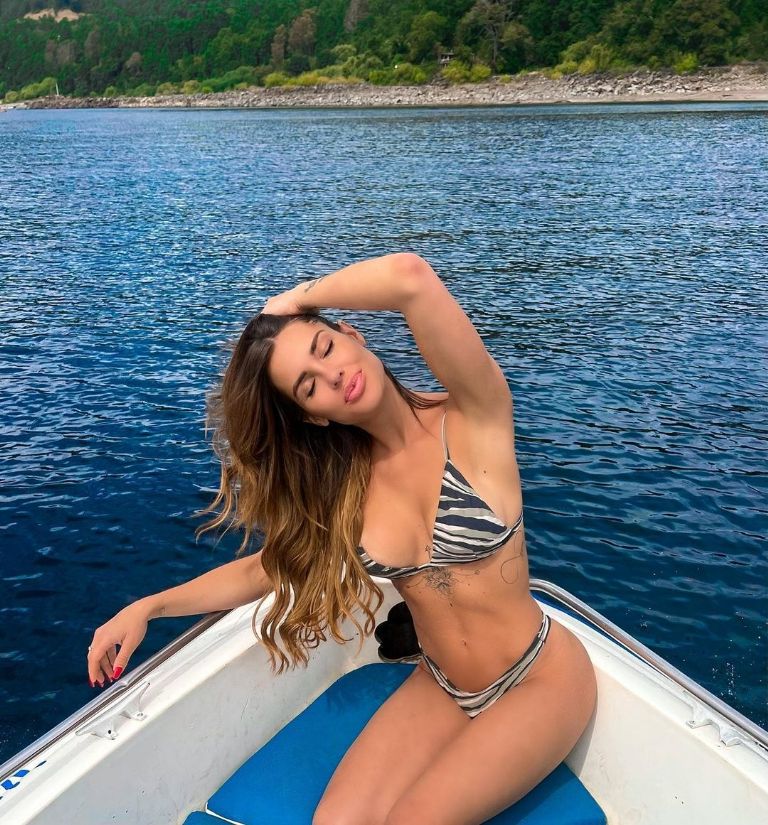 Gala Caldirola has been in the news in recent days for having “attacked” Luis Mateucci in a nightclub. “There was a vase with roses, he grabbed them and started to throw them at me, he grabbed the vase and threw it at me. He got me all wet. He threw the roses at me, with water,” revealed the Argentine musician on the program “Follow me and I follow you.”

“I did not expect. I’m angry. I don’t know what he wanted, the only thing I’m telling you is that I felt attacked and I’m not going to play the victim. If it were the other way around, I would be a bit of a man, ”he expressed. Gala She did not remain silent and replied: “Let her be thankful because another one throws it at her head for a big mouth! For always talking and hanging on people and for inventing things to be on the screen. Ridiculous.”

But Mateucci’s is not the only statement by a celebrity that has upset Gala. It was rumored that the Spanish influencer was starting an affair with Mauricio Pinilla. But apparently that relationship would not have come to fruition since a few days ago the former soccer player from the University of Chile assured that he is “single and 100% worried about my children.”

In the last few hours Gala He shared a photograph where he is seen posing on a boat with an animal print bikini. She also shared a picture of her daughter Luz Elif playing in the sand in a multicolored swimsuit. “For me happiness is feeling peace” she wrote, implying that she is not in a relationship with any man and that she only enjoys the company of her girl.

Both are walking around Lake Caburgua, located in the communes of Pucón and Cunco, Araucanía Region, northeast of Lake Villarrica. The publication of instagram It was filled with ‘likes’ and comments. “Beautiful, stupendous, regal, divine. Greetings from Puerto Montt”, “Preciosuras you two” and “For me happiness is the most beautiful woman in the universe” were some of the compliments he received from his fans.