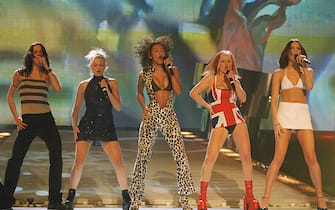 Spice Girl – The musical group is formed around the 1994 when Bob Herbert and his son Chris, with the intention of forming a musical group, place an ad in the newspaper to which over 100 girls respond. At the end of the selection, the following are chosen: Geri Halliwell, Melanie C, Melanie B, Victoria Adams and Michelle Stephenson but the latter soon leaves for personal reasons and Emma Bunton is hired instead of her, whose original name is Touch

What happened to the 80s and 90s TV stars? PHOTO

Spice Girls – They are the most successful women’s group of all time, with over 100 million records sold

Boyband of the 90s, what happened to them? PHOTO

All Saints – Born in the early 90s, it was one of the most famous female bands. The group, formed by Shaznay Lewis, Melanie Blatt and Canadian sisters Natalie and Nicole Appleton, has released five studio albums and numerous hit singles, surpassing 12 million copies sold worldwide.

From Simon Le Bon to Billy Idol, what happened to 80s singers

All Saints – Over the course of their career the group has garnered two BRIT Awards out of eight nominations, two MTV Europe Music Awards, and an Ivor Novello Award, debuting six times at the top of the British charts. They are still in business. In April 2020 the All Saints released a cover of Message in a Bottle, which features Sting

From Annie Lennox to Sade, what happened to the singers of the 80s

Destiny’s Child – Born in Houston in 1990, they achieved success after the breakup of Girl’s Tyme. Throughout their career the group has sold more than 60 million records and won the title of best group of the 2000s. His life was not long, the group officially disbanded in 2003 with only two lives behind it and 9 album

Sex symbol of the 80s, what happened to them?

Destiny’s Child – The group consisted of Beyoncé, Kelly Rowland, LaTavia Roberson and LeToya Luckett, but after two albums and nine years, they broke up. After the breakup, the group did not lose heart and Beyoncè’s dad replaced LaTavia Roberson and LeToya Luckett with Michelle Williams and Farrah Frankin. they were in a trio that went on to the sound of successes until the complete farewell.

TLC – Those who were young and passionate about black music in the 90s certainly remember TLC, one of the most famous girl bands of the time. Unlike British bands like the Spice Girls and All Saints, they came from the deep south of the United States (from Atlanta, Georgia) and did real Hip Hop and R’n’B, with singles like “Creep”, “No Scrubs” and “Unpretty”, rising to the fore of the music scene a few years before perhaps the best known Destiny’s Child.

Italy 1982, the “catchphrases” of the year in which we won the World Cup

TLC – The trio consisted of Tionne “T-Boz” Watkins, Lisa “Left Eye” Lopes and Rozonda “Chilli” Thomas. Unfortunately, the TLC career was abruptly cut short by the tragic death of Lopes, who died in a car accident in 2002.

Pussycat Dolls – Born in 1995 as a group of burlesque dancers, the Pussycat Dolls debuted on the record market in 2003 with Don’t Cha – a song that reached the second position in the USA – and with the first PCD album, which gets a success thanks to songs but mostly thanks to videos

Atomic Kitten – Originally from Liverpool and composed by Liz “Lil” McClarnon, Natasha “Tash” Hamilton, and Jennifer “Jenny” Frost, with the latter taking over from Kerry Katona they have sold more than 12 million copies with just three albums. and 8 million singles worldwide.

Atomic Kitten – All their singles have entered the UK top 10, except Follow Me (2000), including the three number 1 hits, Whole Again, Eternal Flame and The Tide Is High. The albums recorded by the group reached the top of the British and many other European, Asian and Oceanic charts. Their activity stopped in 2004

Sugababes – They became famous all over the world in the early 2000s, thanks to several hit singles that led the girl band to sell millions of copies. The members of the group, namely Mutya Buena, Siobhán Donaghy, Keisha Buchanan formed in 1999. Their recording debut takes place at the end of 2000 with the album One Touch with four singles extracts: Overload, New Year, Run for Cover and Soul Sound

Sugababes – With the first successes, the first disagreements between the girls also begin and Siobhán Donaghy leaves the group and is replaced by Heidi Range. Two years later with Angels with Dirty Faces, the Sugababes phenomenon explodes all over the world, thanks to the hits Freak Like Me, Round Round and Stronger. In 2003 comes Three, the album that confirms the great success of the group. In 2010 Sweet 7 was released, far from the soul pop sound typical of the group, which was crushed not only by the public but also by the critics. The dissolution of the band was inevitable at this point

Lollipop – It was the year 2001 when “Popstars”, one of the very first musical reality shows hosted by Daniele Bossari, was very popular on Italia 1. Within the program, with the specific intention of creating the new ‘Italian Spice Girls’, the Lollipop group was formed consisting of five girls: Marta Falcone, Dominique Fidanza, Marcella Ovani, Veronica Rubino and Roberta Ruiu. The name of the group was chosen directly by the public

Lollipop – Thanks to the fame obtained from the program, Lollipop launched into the world of music also obtaining some success. Their first single, titled Down Down Down, reached 42,000 copies sold in the first week, reaching the top of the Italian singles chart and being certified gold. Subsequently it exceeded 100,000 copies, also obtaining the platinum record