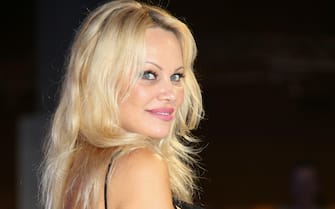 Rolling Stone has announced the end of the actress’s romance with bodyguard Dan Hayhurst. The couple has always maintained the utmost secrecy by living the story away from the spotlight

Pamela Anderson’s fifth marriage was to film producer Jon Peters, who was married in great secrecy

Their wedding was celebrated in Malibu

The two met just five days before the wedding, the couple had two children, Brandon Thomas and Dylan Jagger, then divorced in 1998.

In 2007, Pamela Anderson married film producer Rick Salomon, the marriage canceled on February 22 of the following year. The same actress in 2014 announced that she had remarried to Salomon. In 2015 the break, this time definitive