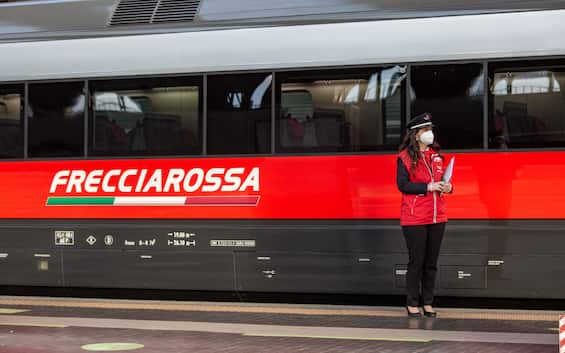 The Ferrovie dello Stato Group accelerates on the front of sustainable mobility in Europe with a new stage in its internationalization process: from the end of autumn, Frecciarossa will also be able to travel between Madrid and Barcelona. The technical tests on the tracks of the Ilsa Consortium, participated by Trenitalia, have begun in these days and between September and October ‘iryo’, this is the trade name of the company in Spain (ir means to go, yo is me), the sale of the tickets on the Spanish high-speed route.

The start-up on the Madrid-Barcelona section represents the goal of a process started in November 2019 with the assignment by Adif, the Iberian railway infrastructure manager, of 30% of the connections on the HS network; the consortium participated by Trenitalia and Air Nostrum was awarded the high-speed services for daily connections along the Madrid-Barcelona, ​​Madrid-Valencia / Alicante and Madrid-Malaga / Seville routes for 10 years and then extended to other connections. In its new business plan presented in May by the CEO Luigi Ferraris, the FS Group aims at a strong development of international business with an increase in revenues from 1.8 billion euros in 2019 to around 5 billion in 2031.

In France Trenitalia operates with its subsidiary on the Milan-Paris line and on the Paris and Lyon lines; in Greece with Hellenic Train from May the ETR470 started to circulate along the Athens-Thessaloniki route. In Great Britain the activities are different from London-Glasgow, to the connections between the capital and Shoeburyness, to the train of the new company Avanti West Coast.In Germany the group is present with two subsidiaries, one operating on local public transport and another in goods area. In the Netherlands, on the other hand, a metropolitan transport company by road and rail was acquired. In Spain we will travel on 20 new Frecciarossa 1000, the same as those circulating in Italy and made by Hitachi in the Pistoia plant. These are more sustainable new generation trains, which have obtained the Environmental Impact Certification: they are almost completely recyclable and allow a saving of 80% of carbon dioxide per passenger each way. When fully operational, the Spanish project will generate about 2,000 new jobs between direct and related ones.