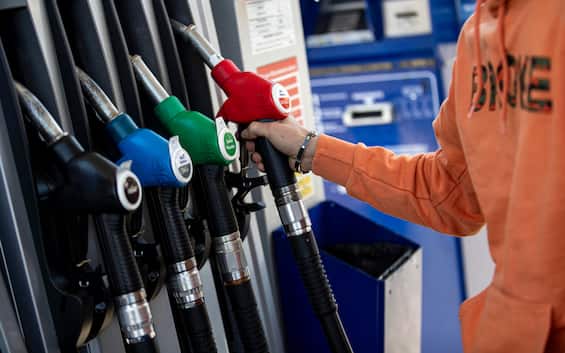 The options for the Meloni government to cut price lists for petrol stations are limited. Waiting for the Council of Ministers

The government will meet this evening to “evaluate an intervention” on the price increases at petrol stations, as anticipated by the Minister of Infrastructure Matteo Salvini. An average increase for now in line with the cut in excise duties of 18 cents per liter and not linked to particular speculative moves by the supply chain, according to official data.

However, the hands of the executive are tied by the short blanket of economic resources. In fact, the full cut of excise duties of over 30 cents per liter cost the state coffers about one billion euros a month, for a total of 9 in the course of 2022. Obviously too much for a government that has already allocated 21 billion on energy alone for the first three months of the year.

Furthermore, in Europe, the countries that have cut fuel prices have done so precisely through temporary tax rebates on petrol and diesel. As done by – for example – Belgium and Germany.

The alternatives for the Meloni government are therefore limited. For example, it could be possible to intervene on VAT, set at 22 per cent on petrol, diesel and LPG while it has been reduced to 5 per cent for methane. But to do so it would be necessary to find an agreement with the European Union, in addition to the fact that the cost the public budget would be high if one wanted to guarantee a perceptible discount at the pump.

Another solution could be the so-called mobile excise duty. Basically an automatic discount on excise duties on fuel determined by the price of oil. If this were to rise more than expected by the government in the Update Note of the Economic and Finance Document, the higher revenue generated would automatically be destined to reduce the price lists. The tool would be operational through a ministerial decree, given that the law that introduced it in 2007 is still in force. A hypothesis also supported by Fegica, the Italian Federation of Fuel and Related Managers, which represents petrol stations. According to its president, Roberto Di Vincenzo, it would be “the most suitable solution for dealing with the contingent moment” because it is “highly flexible” excluding “draconian cuts, currently not very sustainable” and “modulates the value of the excise duty, in an anti-cyclical of the market, offsetting any upward tensions that produce extra unforeseen VAT revenues”.

But, in fact, to activate this tool it is necessary that the price of oil exceeds expectations. Today, however, the opposite seems to be true: crude oil is down from its 2022 highs due to the economic slowdown. Nadef estimated the average price of Brent at almost 90 dollars a barrel for the current year, while today it is close to 80 dollars. If these prices persisted, instead of extra revenue for the State, a budget hole would be created which would have to be financed.

Alternatively, to follow the European indication of favoring aid aimed at consumers in the most difficulty, the government could introduce a fuel bonus for less well-off families, for example through the Isee indicator. However, it would be difficult to give access to the bonus in the short term: a digital platform would have to be set up that could reimburse fuel costs, which would take at least a few weeks if not months.

The government could otherwise let employers feed families. Through, for example, corporate benefits that were first detaxed by the Draghi executive and then by the one led by Giorgia Meloni. However, this would be a limited intervention, which would involve only employees hired by companies that provide this type of benefit.