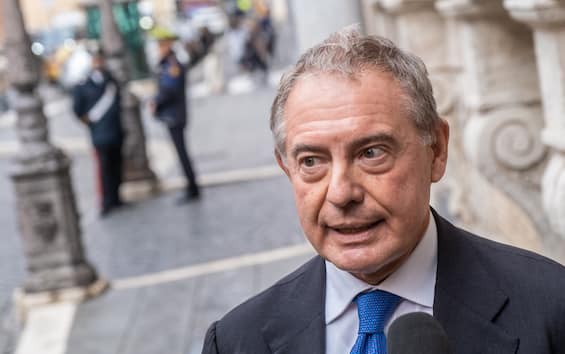 In an interview granted to “Corriere della Sera”, the Minister of Enterprise and Made in Italy says: “We have coordinated a double action to stop speculation”

With regards to expensive fuel, “we have coordinated a double action to stamp out speculation”. This was stated in an interview with Corriere della Sera by the Minister of Enterprise and Made in Italy, Adolfo Urso. “Minister Giorgetti with the Guardia di Finanza who has the most effective tools – he explains -. As far as I’m concerned, I had already asked Mr. attempt at speculation, as it seems to have emerged in some striking and unjustifiable cases in recent days. Next week I will bring together the consumer associations to discuss the most suitable instruments”.

The request to Europe

Today, he is told, Meloni will meet Von der Leyen: the government from Europe, explains Urso, will ask for “a European industrial policy that allows us to respond to the dual challenge of the USA and China. The United States has put in place a sort of ‘ Internal Marshall Plan to face the challenge of China”. He reacts with a “common energy policy, an industrial policy based on a new stability pact which must be oriented towards development, on the reform of state aid and above all on a European sovereign wealth fund to allow for the reduction of internal gaps”. Compared to the Pnrr, he added, “Italy has achieved the 55 objectives. But the Pnrr must also be reviewed in the light of the RepowerEu Initiative, the increase in the cost of raw materials and the level of implementation of the cohesion programmes. We are not the only ones to ask for a revision of the Pnrr and above all we are not isolated in Europe at all”.