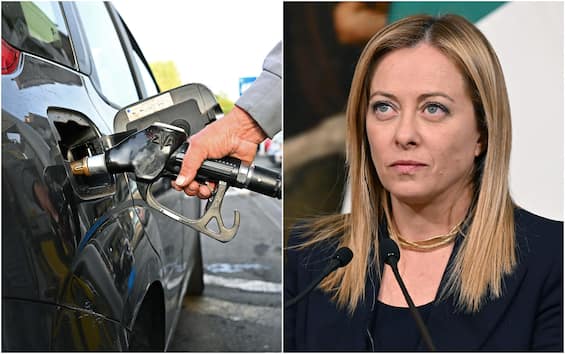 CDM approves changes to the decree on price transparency. “In the presence of an increase in the price of crude oil and therefore the relative increase in VAT in a reference quarter, the higher income” will serve to reduce the price of the pump. Government-trade unions meeting tomorrow. Faib: “The commitment that the government has made in summoning us satisfies us, let’s see how it evolves”. Premier: “Never promised to eliminate excise duties, the program speaks of sterilization: this is what is being done with this decree”

We continue to discuss the expensive fuel. The gas station operators’ associations have called a strike for 25 and 26 January following the measures launched on Tuesday by the CDM on the transparency of the price of fuel in service stations, after the wave of price increases recorded since the beginning of the year. But for tomorrow morning, at 11.30, a meeting between the government and the unions in the sector has been scheduled. “I will tell them that there is no desire to pass the buck,” said Prime Minister Giorgia Meloni. “Let’s see how the situation evolves, the commitment that the government has made in convoking us satisfies us”, said Giuseppe Sperduto, president of Faib-Confesercenti, on Focus Economia on Radio 24. Meanwhile, the CDM has modified the decree on the transparency of the price and established that “in the presence of a possible increase in the price of crude oil and therefore the relative increase in VAT in a reference quarter, the higher income” will serve to reduce the price of the pump. In the afternoon, the Minister of Economy Giorgetti had anticipated: “The executive reserves the right to adopt measures to reduce excise duties according to a rule which, as you will be able to see in the decree law approved on 10 January 2023, will allow a action in this sense by the government in relation to the verified increase in fuel prices”.

Meloni’s intervention and the modification of the CDM

In a series of interviews, Meloni tried to curb the controversies and tensions with the gas station managers. “Tomorrow (Friday 13 January, ed) I meet the category and I will tell them that there is no desire to pass the buck”, he said speaking on Tg1. “All of our interventions are to control inflation”, he added to Tg5. And again: “We work to give priority to growth, we need general wealth to distribute, otherwise poverty is distributed: we had two paths, cut excise duties and help everyone or help those in need”. On petrol he assured: “What the State collects in addition to VAT will be used to lower the price”. And the CDM, in fact, intervened by “adjusting” a rule that already exists and allows for the reduction of excise duties if the price exceeds at least 2% of the value indicated in the Def: “It was established that, in the presence of a possible increase in the price of crude oil and therefore of the relative increase in VAT in a reference quarter, the higher revenue collected in terms of tax by the State can be used to finance reductions in the final price at the pump”. Some changes to the decree passed two days ago on transparency were also approved in the CDM, guaranteeing that petrol vouchers will be tax-free until the end of the year. With regard to the cut in excise duties, Meloni reiterated: “It doesn’t say in the program” but “there is talk of sterilization” of excise duties, or that “if the price rises above a certain threshold, what the State collects in addition to VAT it will be used to lower the price, which is also what is being done with this decree”.

Giorgetti: “Excise duties cut when prices were much higher”

During the day Giorgetti recalled that on the price of fuel, “the measures adopted by the previous government (since March 2022), which led to the reduction of excise duties on fuel, were adopted when their price had exceeded 2 euros per liter ( reaching 2.184 euros for petrol) and ended in November. These price conditions are very different from the current ones and, precisely because of this, the Government has deemed it appropriate to intervene with regulatory measures aimed at improving the transparency of prices and to avoid speculation”.

On the strike, a Faib-Confesercenti, Fegica, Figisc-Confcommercio note reads: “To put an end to this ‘wave of mud’ against a category of honest workers and try to restore the truth, the managers’ associations, jointly, have taken the decision to proclaim the state of agitation of the Category, throughout the network; to launch a counter-information campaign on the plants and proclaim, for the days of 25 and 26 January 2023, a first strike action, with garrison under Montecitorio ” . The associations represent around 16,000 of the 22,000 managers of refueling points scattered along the national road and motorway network. From 1 January, it should be remembered, the discount on excise duties on fuels, which lasted from March to November and then with a reduction until 31 December, is no longer in force.

Pichetto: the strike is a legitimate right

The petrol station workers’ strike “is their legitimate right”, commented the Minister of the Environment and Energy Security, Gilberto Pichetto Fratin. Instead, the undersecretary to the presidency in charge of program implementation Giovanbattista Fazzolari said: “We are enormously sorry” that “the distributors have announced a two-day strike because, they say, the state blames the petrol stations for the increase in petrol” but “the measures that the government has put in place are against speculative phenomena and therefore to protect the distributors.Petrol is not at 2 and a half euros, in normal distributors it is around 1.8 euros, the measures are all aimed at putting a stop to who makes speculative phenomena. We have imagined them to protect” the distributors.

The decision of the petrol station attendants to declare a two-day strike is equivalent to “an act of war against consumers, an absurd and unmotivated protest which leads us today to present an urgent request to the Guarantor for strikes to block the mobilization of operators”. The Codacons writes it. “With the strike, the petrol station operators seem to demonstrate that they do not like the transparency on fuel prices decided by the Government through the decree approved by the Council of Ministers, and that they want to defend the shadows and ambiguities that invest the sector. – says Codacons – A strike that damages only consumers, already victims of excessive pump price lists and the rise in excise duties that started on January 1. For this reason, Codacons is today presenting an application to the Strike Guarantee Commission, asking to block the protest of petrol stations and to sanction any mobilization harmful to users’ rights”.