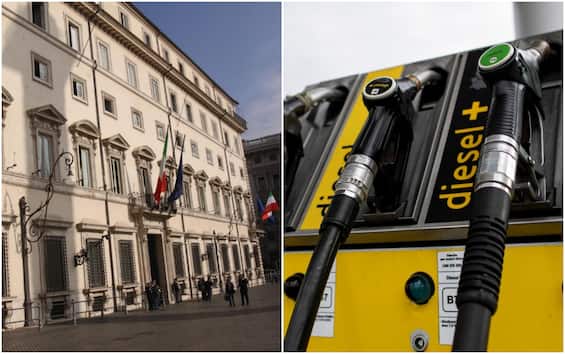 The meeting between ministers Urso and Giorgetti, the undersecretary to the presidency of the Council Alfredo Mantovano and the trade associations took place at Palazzo Chigi, after the tensions that arose over the anti-increase measures. The stop proclaimed for January 25 and 26 remains, but – we learn – there would be some common points on which to work to avoid it

The meeting between the government and the unions in the fuel sector took place in Palazzo Chigi, after the tensions of recent days over the measures decided by the executive against price increases. The petrol station strike of 25 and 26 January remains confirmed for now, but the government will meet the trade unions again before the stop. According to what was learned at the end of the meeting, there would be ground to work on to avoid the stoppage. The Minister of Economic Development Adolfo Urso, the Minister of Economy Giancarlo Giorgetti and the Undersecretary to the Prime Minister Alfredo Mantovano met with the trade associations. Also present was the Guarantor for price surveillance, Benedetto Mineo.

Meloni: “What the state collects in addition to VAT will be used to lower the price”

A meeting, the one with the unions, which Prime Minister Giorgia Meloni spoke about yesterday: “What the state collects in addition to VAT will be used to lower the price”. At the moment no intervention is envisaged in the decree, executive sources said, after the words of Economy Minister Giancarlo Giorgetti on a possible cut in the event of a price increase. But the CDM intervened by “adjusting” a rule that already exists and allows for the reduction of excise duties if the price exceeds at least 2% of the value indicated in the Def: in the event of an increase in the price of crude oil and therefore of VAT in a quarter of reference, the higher income collected in terms of tax by the State can be used to finance reductions in the final price at the pump. Some changes to the decree passed just two days ago on transparency were also approved in the CDM, guaranteeing that petrol vouchers will be tax-free until the end of the year. Now the government’s special observation is prices: the executive will “carefully monitor” the level not only of petrol, but also of consumer goods, explained Giorgetti. Only after the monitoring will further initiatives be evaluated.

Tensions between government and managers

The managers have announced a strike, for now confirmed, for January 25 and 26, with the Montecitorio presiding over the city. The goal is “to put an end to this ‘wave of mud’ against a category of honest workers and try to restore the truth”, explained Faib-Confesercenti, Fegica, Figisc-Confcommercio, who accused the government of increasing the price of fuels, offloading “the responsibility on the managers”. However, the executive immediately replied to the accusations. The measures adopted are against speculative phenomena and “therefore to protect distributors”, explains the undersecretary to the presidency of the Council Giovanbattista Fazzolari. “There is no wave of mud against the owners of the petrol stations and the sector”, added the other undersecretary to the presidency, Alfredo Mantovano.