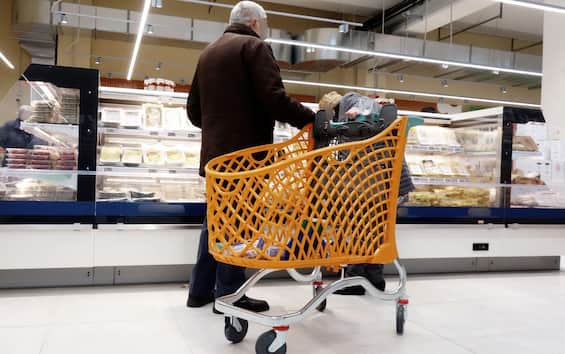 Without the extension of the tax cut on petrol and diesel, a general increase in prices is to be expected. The cost of living could rise by almost one percentage point. A blaze that would extinguish the hopes of a cooling of inflation

The end of distributor discounts could add almost a percentage point to already high inflation. Without the cut in taxes (excise duties) on petrol and diesel, in fact, not only the cost of filling up at the petrol station increases but also that of many goods and services that we buy.

Higher prices without the excise cut

A boost to the cost of living, the general price index, which we can estimate on the basis of what Istat tells us. The Statistics Office calculates that, on average, 4.5 percent of Italians’ consumption is destined to fill the tanks of their cars. Considering the increase in fuel prices between December and January due to the zeroing of discounts, we might expect that not extending them will add almost a percentage point to inflation.

The weight of fuels on the cost of living

These are our forecasts, but it is highly probable that a rise in fuel prices will end up having significant repercussions on the wallet even when – for example – we go to the supermarket (where the products on the shelves mostly arrive by truck). Moreover, Istat estimated that the discount on fuel and the cut in VAT on gas (which still exists) had reduced inflation by 1.5 points in recent months.

Such high inflation has not been seen since 1985

In short, there could be a flare on the horizon that could extinguish the recent signs of cooling. In November in Italy, the cost of living slowed down, as it did in December, albeit remaining at a very high level (the highest among the main economies of the Eurozone) and with an average of 8.1 per cent for the whole of 2022 (a level which been seen for 37 years).

It must be considered, however, that to lower excise duties (from March 2022 to December) the State spent nine billion and that this type of measure (equal benefits for everyone regardless of income) end up giving the greatest benefits to those he is richer.