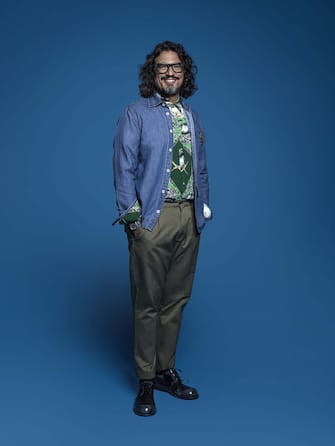 The show will be hosted by the most popular chef on the small screen Alessandro Borghese flanked by Mara Maionchi And Frank Matano who will have the task of supporting and helping the competitors.

Game of Talents kicks off with Borghese running, Maionchi and Matano captains. On Sky Uno

Two teams, each made up of an exceptional captain and a competitor, must guess 10 talents and each answer becomes a spectacular performance.

In each round, the team on duty draws one of the nine balls available, each containing a cash prize.

If the answer is correct he will win the corresponding prize, otherwise, the sum of money is awarded to the opponent.

After eight fierce and fun heats, a very tense head-to-head decrees who will be able to access the final heat that will allow them to conquer the accumulated prize money, trying to guess the last talent left in the race.

Game of Talents is an engaging game show where, rather than having a talent, it’s important to know how to recognize it on the fly!

Frank Matano will have the task of supporting and helping the competitors during the game show.

Mara Maionchi will be an exceptional captain for her team who will have to guess 10 talents.