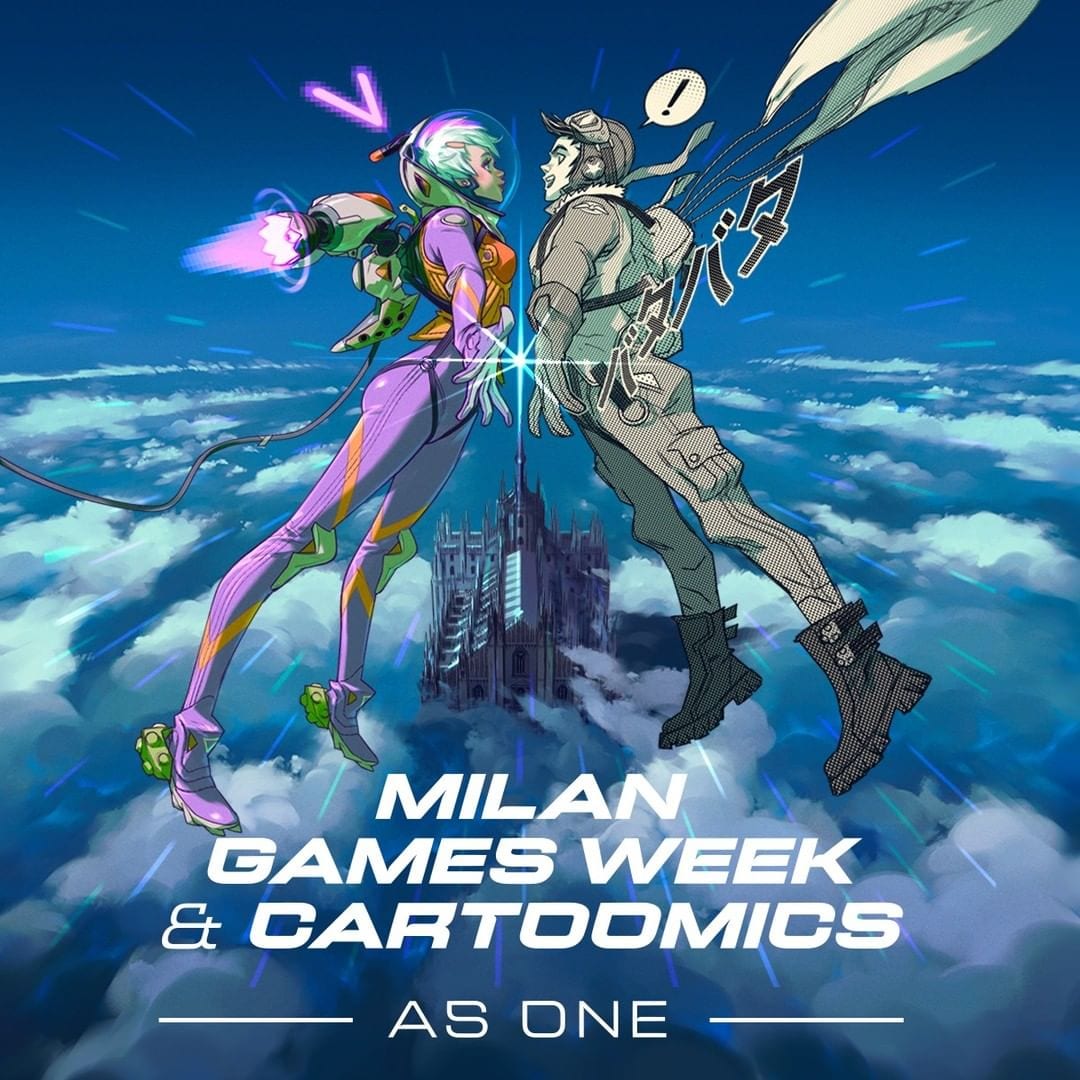 Milan Games Week & Cartoomics 2021, the largest Italian consumer show dedicated to the world of video games, comics and pop culture – produced by Fiera Milano in collaboration with Fandango Club Creators – saw the participation of 70,000 people, marking an important step along the way growth of the event nationally and beyond, precisely in the year of the return of the public in attendance. In the wake of the excellent results recorded, here are the dates of the next edition: the appointment is from 25 to 27 November, right next to Black Friday, in the now traditional setting of Fiera Milano Rho.

The event was held in halls 8, 12 and 16 of the Milanese exhibition center, which allowed a better usability of the space to all types of public, from gaming fans to lovers of comics and manga, including families. This year’s edition was a return to origins, aimed at entertaining live a traditionally very passionate audience, with an increasingly rich and engaging offer. A unique event, which has embraced the world of gaming, export and comics, a celebration of geek and nerd culture in the round. Also contributing to the success of the 2021 edition was the live streaming on YouTube, which recorded a total of 30 hours of live, allowing everyone – near and far – to experience the unique atmosphere of the event.

As per tradition, competitive gaming was one of the great protagonists of Milan Games Week & Cartoomics 2021 thanks to the Intel Esportshow, on which some of the most popular tournaments of the Italian competitive scene alternated such as the PG Nationals of Rainbow Six Siege, the Gillette Bomber Cup Bomber and King Edition dedicated to Fortnite and the Italian Rocket Championship of Rocket League. In addition to the spectacular esports arenas, the central stage with guests from the world of music (the live broadcasts of Radio105 and the performances of Massimo Pericolo, Vegas Jones and the SEVEN7oo collective), of TV and sport, to involve and excite the public. together with the most famous Italian creators.

We cannot fail to mention, then, the presence of important guests during all three days of the event, among which the famous cartoonist Sal Velluto, the pro-player Pow3r and Cristina Scabbia, voice of Lacuna Coil, certainly stand out, and finally Giorgio Vanni, who inflamed the audience by singing some of the fan favorite cartoon themes. There was also a huge turnout in the thematic areas dedicated to entertainment activities, cosplay parades, retrogaming and game art, as well as at the stand dedicated to Diabolik’s 60th anniversary, inside which the precious Number was also exhibited. One, exceptionally taken from the Astorina vault. Last but not least, the independent video game development studios, protagonists of the Indie Dungeon area, created in collaboration with IIDEA, the trade association of video games in Italy.

The event took place in total safety thanks to the protocols of Fiera Milano, which have already been active for months and which have supported all the major trade fairs from September to today. Also for Milan Games Week & Cartoomics the success of the organizational machine that supported the event was confirmed by supporting the large number of fans and enthusiasts who came to the fair and allowing each visitor to fully experience the three days of the event.

This edition also saw the commitment of numerous prestigious partners, such as YouTube, Exclusive Live Streaming Partner and eBay, Main Digital Partner of Milan Games Week & Cartoomics. And again, Corriere dello Sport-Stadio and Tuttosport, who were the editorial partners of the event for the first time. GameStop, on the other hand, supported the event as Official Retail Partner and Radio 105 animated the central stage as always as the official radio. Finally, Samsung was the Official Partner of Fuori Milan Games Week & Cartoomics, hosting exclusive gaming sessions and meet & greet within the Samsung Smart Home.