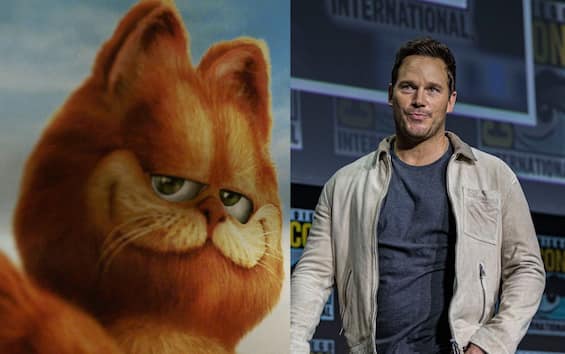 Garfield is one of the most famous cats in the world of cinema. Created by the cartoonist Jim Davis in 1978, since 2001 it holds the record for the most published comic strip in the world, since it can be found in over 2,500 publications. The first volume of comic books reaches the top of the bestseller charts and stays there for 100 weeks. A great success that also resulted in the landing on the small screen as a cartoon and in the cinema.

The date of the next Garfield movie

Fans of the orange cat will be able to return to see him at the cinema in a new animated film that will be officially released on February 16, 2024. There is expectation for the role of Chris Prattcalled to dub the feline, while Samuel L. Jackson will lend the voice to Vic, the father of the main character. David Reynolds will take care of the script, while the animations will be provided by the company DNEG Animation assisted by Alcon Entertainment. In the list of producers, however, we mention Tom Jacomb, Craig Sost, Broderick Johnson, Namit Malhotr, Andrew Kosove and Jim Davis, the latter the creator of Garfield. Directing will be Mark Dindal, not new to cartoons having already directed Chicken Little. As for the plot, for the moment it is still top secret but it is likely that it will differ from previous films. The film will be distributed worldwide by Sony Pictures, but will not be released in China.

Garfield on TV and in the movies

As we have already mentioned, the success of the comic of Garfield led to its landing both on the small screen and in the cinema. From 1 September 1988 to 17 December 1994, the US broadcaster CBS broadcast the animated series Garfield and his friendswhile in 2008 in France it was released The Garfield Show. In 2007, an animated feature film called Free paw Garfieldfollowed in 2008 by Garfield and the magic pond and finally in 2009 by Garfield – The super cat. Additionally, two Garfield live action movies have been created, titled Garfield – The movie of 2004 and Garfield 2 of 2006. Bill Murray he took care of voicing the feline, declaring in the past that he accepted this role because he was convinced that one of the Coen brothers had asked him, while in reality the part was proposed to him by Joel Cohen. In the Italian version, finally, he was the showman Fiorello to lend him his voice. For the occasion, Fiorello temporarily grew his mustache.