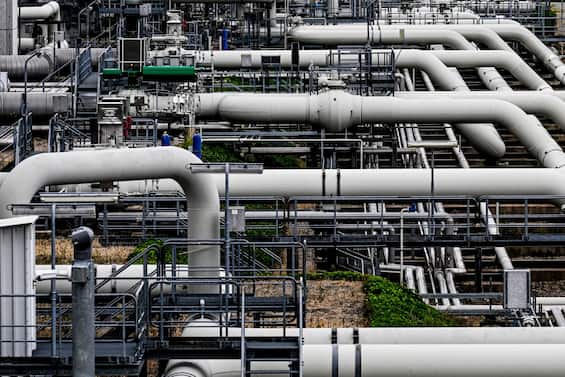 A Council of Ministers is scheduled for Thursday 25 August to address the most urgent issues. Among these is also the expensive energy with the price of gas that shows no sign of decreasing

During tomorrow’s summit in Brussels, the focus will be on expensive energy. The flows from Moscow are being carefully monitored, which for some weeks have been reduced compared to requests, even if the risk of rationing is not around the corner. For many, such as steel mills, it is better to keep production plants down because the economic margins have jumped. It becomes crucial to coordinate at European level to enforce a tightening. The Minister for Ecological Transition Roberto Cingolani announced that an Italian task force will participate in the meeting. On the table, the technical feasibility of the roof at the price of gas on which the president of the EU Commission, Ursula von der Leyen, expressed her willingness to find a drop point among the 27 member countries that can foresee it by the autumn, when the heaters will turn on and energy consumption will increase until the end of March. The price cap would apply to all gas in Europe, therefore to that produced by the Netherlands (so far opposed to the price cap), Norway and also to Russia, if it did not interrupt supplies. A price that, according to sector insiders, should in any case be higher than last year, but not at these levels, in order to guarantee the sustainability of the system both on the part of those who sell and on that of those who buy.

Moscow could accept, also because if it did not sell the gas to EU countries it would be forced to burn it since the methane that escapes must be conveyed to the gas pipelines that today arrive in Europe. But Vladimir Putin’s programs are unknown. For some weeks now Moscow has been using the methane quota (the excuse “would be a missing piece, a Siemens turbine in the meantime repaired and shipped from Canada, but still stopped in Germany for lack of shipping documents) as a weapon of political pressure.

What will happen if Russia decides to permanently stop methane exports to Europe? In July, the government unveiled an energy-saving plan that includes lowering temperatures to 19 degrees in homes and public buildings and cutting heating by one hour, but it could be updated. “There is an emergency committee working on this,” said Cingolani, guest on the Filorosso show on Rai 3. If the Russians shut down even part of the gas supply, “we will certainly have to save money”, the minister specified. Since the beginning of the war, Italy has taken steps to diversify its sources of supply, entering into agreements in various countries in the spring, including Algeria, which has thus become our first supplier. “From 40% dependence on Russian gas – Cingolani specifies – we have now dropped to 18%”. For Cingolani “it is necessary to accelerate the Piombino regasification plant” by focusing on two issues: “one is national energy security, two are the just demands of the territories. This thing needs to be resolved. On Piombino we have to make compensations and we are working on this ”.