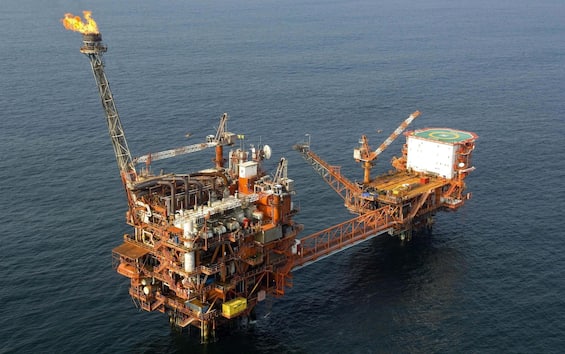 The extraction of natural gas on the Italian territory is also in decline in the first six months of the year, despite the loss of almost half of Russian methane.

To respond to the reduction in gas supplies from Russia, many have called for an increase in national production, which has been reduced to a minimum over the years. But for now, no strengthening of extractions can be seen from the data, on the contrary Italian production is slightly down in the first six months of the year.

With the March energy decree law, the government set itself the goal of increasing gas extraction on the Italian territory by 2.2 billion cubic meters of gas thanks to a simplification of bureaucracy in some areas (Cassiopea, Canale di Sicilia and Marche). This would almost double the current capacity, which is expected to be around 3 billion cubic meters of gas per year. It is no coincidence that Minister Roberto Cingolani even before the invasion of Ukraine had hoped for a doubling of national production, after decades of cuts (compared to 8 billion in 2011 and 15 in 2001).

National production at the stake

Yet in the first six months of the year, gas extraction remained at a standstill, indeed it decreased. According to Snam data updated as of June 26, in the first half of 2022 we produced 31 million cubic meters of methane less in Italy. A minimal decline – 2% less – which, however, is sufficient to justify the pessimism for the rest of the year as well. With about half of Russian gas compared to 2021, Italy will have to find around 15 billion cubic meters of gas from other sources if the flows continue as they do today. And it is now probable that from the platforms scattered throughout Italy there will not be a significant contribution to do so.