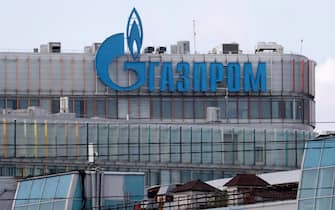 Maintenance work on the pipeline has begun Nord Stream 1the most important infrastructure for the Russian gas route to Europe, which from the bay of St. Petersburg cross the Baltic Sea to get there in Greifswald, Germany. And the European Commission spokesman, Tim McPhie, said that “so far twelve Member States they are suffering interruption of gas supply from Russia and the situation is serious. We must be ready for any eventuality ”

The works should only last 10 days. In Europe, however, there is nervousness: many think that Russia can use the ordinary maintenance of the Nord Stream 1 as a pretext for a definitive stop to gas supplies towards the Continent, already significantly reduced compared to ordinary flows. In the morning, Eni announced that Gazprom has reduced the volumes of gas destined for Italy by a third for the day today

Fear grows especially in Germany. Last weekend’s edition of the business newspaper Handelsblatt imagined a winter “cold, dark and dear”. This was the title of the front page, immortalizing the Brandenburg Gate in Berlin covered in ice

He has the feeling that in 10 days the flows will not resume the French Minister of Economy Bruno le Maire (pictured), that urges Europe to “prepare” to the hypothesis of a stop to supplies from Moscow

Gas, prices 18 times higher than in 2020: the Russian weapon against Europe

Gazpromthe number one Russian gas supplier, explained the German economy minister Robert Habeck (pictured), has already cut gas deliveries by 60% in the past weeks, motivating them with technical problems related to the spare parts of some turbines in possession of Germany

The parts had been shipped for maintenance in the Siemens Group workshops near Montreal, Canada. They will return to Germany, which thus hopes to calm Moscow at least temporarily and deny it an excuse to turn off the taps. “The EU sanctions do not apply to goods or technology related to the transport of gas”, said a spokesman for the EU Commission, underlining that the blockade of the turbines “was one of the excuses “used by Russia to “reduce gas deliveries”

On Thursday 7 July, the 180 euros per megawatt hour. After Canada’s decision to return delivery to Germany – to support “Europe’s ability to access reliable and affordable energy” – prices have dropped slightly

Today the market has opened a 163 euros per megawatt hour, a decrease of 7%

Nord Stream 1 is essential for receiving Russian gas. Another pipeline that was supposed to connect Russia and Europe, Nord Stream 2, it never went into operation. The works for its full operation have been blocked due to the war in Ukraine