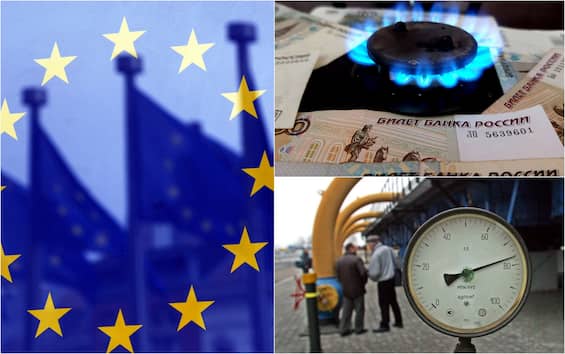 The European ministers, with a qualified majority, have found an agreement. Germany has also given its approval. Against Hungary, while Austria and the Netherlands abstained. The difference between the price of the TTF and the global reference indices is set at 35 euros. The days required for the correction mechanism to trigger are three. The Minister for the Environment and Energy Security Gilberto Pichetto: “It is the victory of the Italian and European citizens who ask for energy security”

The European energy ministers have reached political agreement on the price cap of 180 euros per megawatt hour. The agreement was reached by qualified majority during the Energy Affairs Council. After lengthy negotiations, Germany also gave its approval. Against Hungary. Austria and the Netherlands abstained.

The agreement on the price cap

According to European sources, the political agreement reached at the Energy Affairs Council provides that the gas price cap will enter into force on February 15th. The difference between the price of the TTF and the global reference indices is set at 35 euros, as envisaged in the latest proposal from the Czech presidency. The days necessary for the correction mechanism to trigger – in which, therefore, the price must exceed 180 euros per megawatt hour – remain three. One of the points included in the agreement provides that “the European Commission may, if appropriate, also propose amendments” to the gas price cap regulation “to include derivatives traded on unregulated markets (over-the-counter, OTC), or to review the elements taken into consideration for the reference price” of gas.

“It is the victory of Italian and European citizens”

“The Energy Council has approved the gas price ceiling. It is the victory of the Italian and European citizens who ask for energy security. It is the victory of Italy who believed and worked to reach this agreement”, wrote the minister in a tweet for the Environment and Energy Security Gilberto Pichetto.

There was no formal vote on the gas price cap, and therefore on the Commission’s energy package, but the aim was to reach political agreement. European sources explained that, once the meeting of the Energy Affairs Council at the Europa Building is over, the written procedure to formalize the package remains necessary. The goal of EU leaders, the same sources underlined, was to reach the widest possible consensus on the gas price ceiling. This issue was left to the end of the meeting, while the focus was on the other aspects of the gas package earlier. In the end, the agreement on the price cap was reached by a qualified majority, ie with the yes of at least 15 member countries representing 65% of the European population. “Since the beginning of the year there have already been qualified majority agreements”, explained EU Energy Commissioner Kadri Simson.