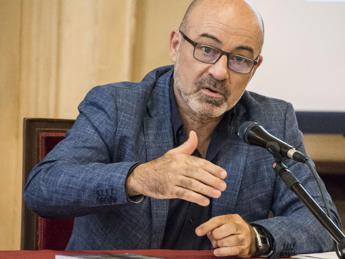 The minister: one hypothesis is to “index the cost of gas to something other than the TTF”

For gas, the EU is working on a “range” of prices, so that there is “always a variation, following the laws of the market”, but without this variation “going totally out of control”. This was explained by the Minister of Ecological Transition Roberto Cingolani, on the sidelines of the extraordinary Council in Brussels. The energy ministers of the “energy-intensive countries” of the EU, responsible for around 80% of consumption, are “working” together to put together “bullet points” on the measures necessary to contain the price of gas imported into the EU intended for the Commission, so that it can propose concrete measures to counter the rise in methane prices, said Cingolani.


We think of a “range” of price, for which there is “always a variation, following the laws of the market”, but without this variation “going totally out of control”. One hypothesis is to “index the cost of gas to something other than Ttf”, Title Transfer Facility, the Dutch-based wholesale market for natural gas which is the European benchmark for methane. One could make, he observed, “an average of some major indicators, such as the Henry Hub”, the US benchmark for natural gas (one of the most traded gas futures in the world, which takes its name from the interconnection of the Erath gas pipelines , in Louisiana), “Brent”, the crude oil from the North Sea which is the European reference and other indicators.

The ministers of the energy-intensive countries plan to send the bullet points to the Commission next week, before the informal Council of Leaders in Prague on 6-7 October, giving “basic ideas shared by all member states”. The goal is to contain gas prices, without however causing a shortage of the commodity (today the EU is very attractive for methane suppliers because it pays a lot for it). In this way, after the discussion among the leaders, the Commission should be able to make a legislative proposal that can be shared by the Member States.

There are “absolutely” no tensions with Berlin after the energy plan presented yesterday by the German government, “I can assure you that we have really worked with Germany to the best of what we could”, the minister later underlined. “We do not know the details of the plan”, he added, “but today Robert Habeck was very clear”, he explained that they are “creating a portfolio to subsidize citizens and businesses in difficulty. Italy has also put in 60 billion. Us. we have already done those things “, he concludes.